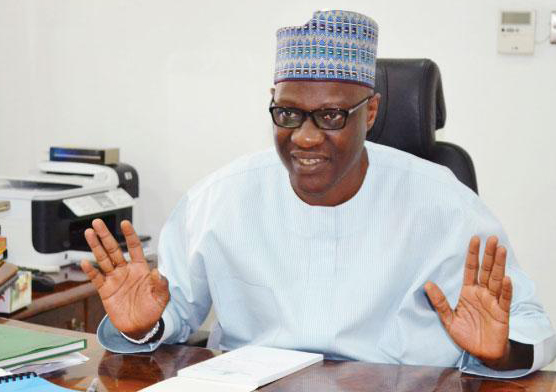 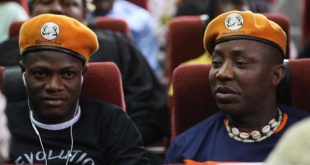 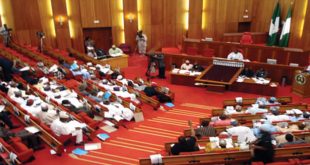 *How states tried hiding what they were paid from citizens

Governor Abdulfatah Ahmed-led administration in Kwara State may have entered the bumpy dusty road of waste following her receipt of the N5billion Paris loan refund www.gongnews.net investigation has revealed.
The latest disbursement from the refund is the N850milion made to 58 communities. The state government had upon receipt of the Paris loan refund, released N1billlion to the local government councils, while an other N890million was released for the payment of the outstanding salary arrears of the staff at the state-owned Colleges of Education in Oro, Ilorin and Lafiagi, whose salaries and allowances had piled up to 14months.
Also, N400million was released to augment the December allocation of the councils in the state. This is in addition to the N41million empowerment scheme also embarked upon by the government, making it a total of N3.2billion already
spent from the N5billion refund.
The balance, according to Governor Ahmed, “would be channelled into critical infrastructural projects and other people-oriented programmes across the state such as the small and medium scale enterprise scheme.”

Vague and weak as this last sector looks, citizens of the state cannot trust the final destination of the funds allocation given that, they felt these sums which were not expected should have been put into regenerative ventures to justify the unnecessary and killing tax regimes they have introduced on citizens who were not earning and expected to pay.

A critical analysis of what has been spent and how it has been spent showed that there were no deep thinking, clear reasoning and consideration of the state’s priorities. Critical needs of the state that could have been addressed were left yawning until when they have finished the funds before they will bring their priorities to the fore again.
The workers in the 16 LG Councils and tertiary institutions who had to wait for 14 months without pay should have been on the priority lit with all their monies paid while some of the money should have been reserved to care for future payments.

Government has chosen to embark on political empowerment veiled under the so called community development structures, which, to all intent and purposes, is meant to compensate politicians as against the impoverished workforce that had borne pains when there were no resources.”

State governors play hide and seek: Investigation conducted revealed that 35 of the 36 states benefitted from the refunds of N388.304 billion.
Although, most of the governors were reported to have begged the Minister of Finance, Mrs. Kemi Adeosun, not to make the list of reimbursements public. The 35 states were credited with their shares of the N388.304 billion as at 27th December, 2016.

www.gongnews.net obtained the names of the bank, the account and the account numbers where each state’s share was remitted. Only Kano State and the FCT have so far not benefitted from the reimbursements.

According to the list, Kwara State got two types of refund totalling more than N9.188 billion.

Findings also confirmed that Ondo was only paid 50 per cent of its refunds (N6,513,392,932.28) because of leadership change in the state, which will soon lead to the inauguration of Chief Rotimi Akeredolu as the new governor.

A breakdown of the list of top beneficiaries of the refunds is as follows:

The document said: “Ondo payment represents 50 per cent of the refund due to transition of leadership in the state. Further instructions are being awaited on balance payment.
“Adamawa, Kwara 22b on the list, Oyo and Taraba payments represent the portions due to the respective local governments.”

But the Presidency was uncomfortable with the attitude of some state governors about the management of the refunds.

Responding to a question, another source in government said: “It is unfortunate that some state governors under-declared the refunds made to them. Some of them were also discovered to be giving spurious analysis in order to cover up the actual figures. In fact, some states changed the agreement overnight.

“A state said the President asked states to use at least 25 per cent of their London and Paris Club refund to offset salary arrears.”

Investigation showed that about N134.44 billion out of the approved N522.74 billion will soon be paid as refunds to some states.

Following protests by states against over-deductions for external debt service between 1995 and 2002, President Muhammed Buhari had on 2nd December, 2016 approved the release of N522.74 billion to states as refunds pending reconciliation of records.

Each state is entitled to a cap of N14.5 billion being 25 per cent of the amounts claimed.
But the government has raised a team to scrutinise claims by states and reconcile with available records. These developments were contained in a statement issued in Abuja by the Special Adviser on Media to the Minister of Finance, Mr. Festus Akanbi.

The statement said: “The Federal Government has reached a conditional agreement to pay 25% of the amounts claimed subject to a cap of N14.5 billion to any given state. Balances due thereafter will be revisited when fiscal conditions improve.

“Mr. President’s overriding concern is for the welfare of the Nigerian people, considering the fact that many states are owing salaries and pension, causing considerable hardship.

“Therefore, to ensure compliance with the directive that a minimum of 50% of any amount disbursed is dedicated to this, funds will be credited to an auditable account from which payments to individual creditors would be made. Where possible, such payments would be made to BVN linked accounts and verified.”

But any state paid refunds in excess of its outstanding claims might suffer deduction from its monthly allocations from the Federation Account.

It said: “due to the fact that reconciliation is still ongoing and the final outcome might show an under or overstatement of claims, an undertaken has been signed by state governors, declaring that in the event the amount already paid exceeds the verified claim, the surplus would be deducted directly from the state’s monthly FAAC allocations.

“The total amount approved by the President is N522.74 billion and is to be paid in batches. The first batch of N153.01 billion is currently being processed for release to 14 state governments. The release of these funds is intended to support the fiscal stimulus programme of the President Muhammadu Buhari-led administration to provide direct stimulus through government spending. It is particularly aimed at boosting demand at consumer level and reversing the slowdown.

Nigeria's most authoritative online newspaper with a deep reach for the Defence of the truth at all times.
Previous Snakes, scorpions hijack National stadium Abuja
Next NNPC fund: Court orders Alison-Madueke to forfeit $153m to FG