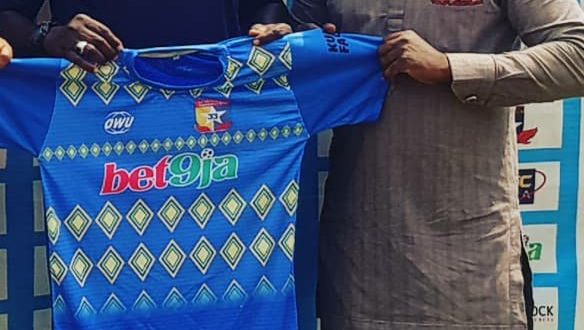 Boboye Has Done Well For Himself… Paul

Editor1 August 2, 2021 Sports Comments Off on Boboye Has Done Well For Himself… Paul 166 Views

Top Nigeria agent Paul Omamomoh Ojo has congratulated Coach Kennedy Boboye of Akwa United for winning the league with a match to go for the 2020/2021 NPFL season.

In a chat with Gongnews.net from Ivory Coast where he is conducting a scouting programme for FDC Vista Academy from Russia, said he is happy that his client has demonstrated how competent Nigeria coaches can be if given the opportunity and the support to excel, can see that Boboye has really shown he is a great coach winning the league with two different teams he said.
Boboye who joined Akwa United who moved to Akwa United in December 2019, has now won two NPFL titles after his maiden glory with Plateau United in the 2016-17 season.
While praising the Chairman of the club Elder Paul Bassey,  for his leadership quality in giving Akwa United a major trophy in the club history
Kennedy Boboye, with these feat gave  the Promise Keepers’ first-ever top-flight crown in their 25-year history and it is added to their trophy cabinet which has two FA Cups (2015 and 2017) and the Nigeria Super Cup (2016).
Share