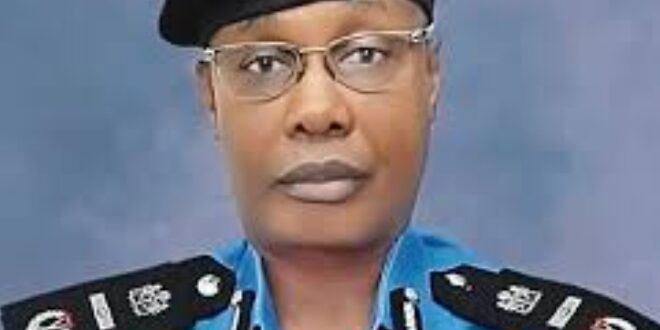 As campaigns for 2023 general elections commence on 28th September 2022, the Inspector General of Police (IGP), Usman Alkali Baba has ordered the Commissioners of Police to arrest operatives of quasi-security agencies such as Amotekun, Hisbah, Ebubeagu, Benue State Community Volunteer Guards (BSCVG, Civilian Joint Taskforce and others established by state and local governments who involve in election campaigns.

The IGP, who stated this while addressing Strategic Police Managers of the Force from the rank of Commissioners of Police and above at a Conference in Abuja, on Thursday revealed that “all quasi-security outfits” established under different nomenclatures, structures, and orientations have “no legal roles under the Electoral Act 2020 and within the electoral process.”

This is as he charged the commissioners of Police at various commands to ensure that operatives of such outfits are “not in any way or manner utilized by any political or community actor for any role during the electioneering campaign and other electoral processes in the countdown to the 2023 general elections.”
According to him, “Such will amount to acts of illegality, and a potent threat to national security which could be inimical to our nation’s democratic interest.”

The IGP also urged them to familiarize themselves fully with the Electoral Act and the Code of Conduct and Rules of Engagement for Security Personnel on Electoral Duty and situate all their decisions and actions within them as well as their legal obligations under the Constitution, Nigeria Police Act, and other extant laws.

“As you return to your Commands to prepare for the electioneering campaigns, the Commissioners of Police across the 36 States of the Federation and the FCT are directed to laise with the Resident Electoral Commissioners and the leaderships of all the political parties in your Commands towards mutually coming up with a campaign timetable that will address possible conflicts both in date, time and venue.

The Political Campaign Timetable for each State should be forwarded to the Deputy Inspector General of Police, Department of Operations who will collate and forward the comprehensive layout to my Office not later than 27th September 2022.

“Submit an Election Security Action Plan that will detail your deployment plans for the security of all the venues of the political campaigns as they affect your Commands. This should also be submitted to my Office through the DIG (Operations) not later than 27th September 2022.

“Convey the decision banning all quasi-security outfits in the various States and local communities from electioneering campaigns and other politically related activities to your State Governors, Local Government Chairmen, Community Leaders, and leaderships of all political parties in your Commands for their guidance. In so doing, it should be clearly emphasised to them that any unauthorised quasi-security agent found to be engaging in any election or political activities stands the risk of being arrested and prosecuted along with their collaborators.

Redirect your intelligence activities to monitor possible elements that might be attempting to threaten the electioneering campaign process, promptly isolate them, and frustrate their illegal and undemocratic intentions.

“Ensure that you upscale your deployments to dominate the public space to ensure that criminal elements do not take advantage of the active political space to manifest their criminal intents.”

The IGP further advised all political actors to subsume their campaigns within extant legal frameworks, avoid actions or speeches that could inflame the political order and above all, cooperate with the Police in our drive to guarantee a peaceful electioneering process.

He warned bad elements whose perception of democracy is the application of violence to have a rethink, saying, “Nigeria Police under my watch is committed to dealing firmly with such characters within the dictates of the law and in furtherance to Mr. President’s desire to bequeath a legacy of entrenched democratic values to our beloved nation.”

Baba also assured all citizens and the international community of the optimal preparedness of the Nigeria Police Force to support the Independent National Electoral Commission in ensuring a peaceful electoral process that will manifest in a credible outcome of the 2023 general elections.

As critical actors in the electoral process, the IGP noted that the outcome of the credibility of the 2023 general election will be measured by the extent to which the Police abide by these professional and legal standards as well as the nature of their decisions and actions as they interface with political parties in emplacing appropriate machineries to guarantee a peaceful electioneering campaign process.

He said, “We must leave no citizen in doubt of our commitment to national peace and security, as well as our unwavering determination to advance the democratic and national security interests of our beloved nation. The 2023 general election and the processes leading to it will certainly put us to test in this regard.

“Drawing on our widely commended performances in recent elections, however, I am very confident, and I trust that you shall not fail both the Police institution and the country in the upcoming electoral engagements.”

However, he recognized that the Police cannot achieve this all alone. According to him, “The understanding and support of all citizens, strategic political actors and the international community remain vital.

“I particularly acknowledge the critical role of the media in this process and specifically encourage all media practitioners to place national security interests above other sentiments and avoid projecting news items that could engender tension and violence within the political space as the political campaigns commence.”

The Conference, according to Baba also provided a unique opportunity to dissect current law enforcement realities and engage an all-inclusive approach to re-evaluate the Force policing strategies against the backdrop of the dynamics of crime in the country and the overall goal of re-energising the Force in sustaining a stable internal security order.