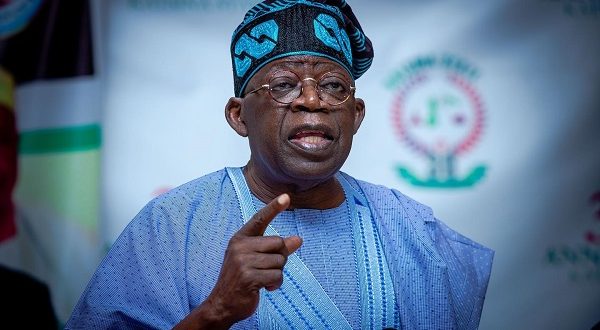 It’s unbelievable that anybody will think or imagine that Atiku Abubakar or Peter Obi will beat the Joint Force of Muhammed Buhari and Bola Ahmed Tinubu in any Election in Nigeria, not only the 2023 General Elections.

The only way an Atiku or a Peter Obi can stand any chance is if Buhari and Tinubu were not a force together.

And unfortunately for PDP and Labour Party that is not the case heading into the 2023 General Elections.

Both Buhari and Tinubu have built themselves to be institutions in their respective Political Ecosystem .

They do not only have followers, they have cult followership who are like mount Zion that cannot be moved.

Whether you tell them the Price of food have gone up or not or you give them rhetorics of how the Naira is depreciating , their followership of these two Great leaders are on unshakable.

Yes , it’s nice to see the Obidient movement all over the social media .

It is a good place to start but often times social media is a mirage of the real thing .

But let’s even give it to the Obidients with how far they have come on social Media, however, anybody that follows or understands Nigeria Politics will know that, that is still a far cry to the cult followership people like Buhari and Tinubu have built over the years, going into over ten years.

Whether anybody likes or wants to hear this or not, that is the stag reality of the status of those two APC leaders.

What Peter Obi is basing his winning chances on is simply Sympathisers who are either ignorantly frustrated with the challenges in the Country or a group of bandwagon Nigerians who just want a change of guard.

But on the other hand , the joint force of PMB and Asiwaju will be riding on core followership to deliver Jagaban to Aso rock next year.

Like what we see in other clans like in Football and Music , Politics is no exception at all, especially in this part of the World.

For example, Only very few Arsenal fans if there are even any that must have left the club to another club , following their years of failures and inconsistency.

Yes , many on several occasions must have expressed their displeasure on how their team have not been doing well but because they are cult followers, they still support and follow the team.

Similar scenario can be seen in music where we have the Wizkid FC here in Nigeria.

These fans are totally dead to anything negative about Wizkid.

Infact no matter how bad a WizKid song might sound, to these guys the song is a hit and you dare not tell them otherwise.

These are cult followers and not just sympathisers that might either blow hot or cold.

This is exactly what Buhari enjoys in the North and Tinubu also enjoys in most part of the South West.

Across the Country , Tinubu also built individuals from the lower class to the upper class and this is why many will say Tinubu has a Political Structure going into the Elections.

Atiku does not have such Followership even in his State Adamawa.

Definitely he has his own sympathisers and followers as well, but does not command that unifying, legendary, fatherly and structural followership in the North and across the Country.

Even the inner caucus of the opposition especially the PDP knows this so well and this is why within their ranks , they were still hopeful that there will be some sort of crack between Buhari and Tinubu going into their campaign.

They understand the enormity of the mountain they will be climbing if both Individuals are hundred percent together throughout the campaign leading up to the Elections in February next year.

And it just seems both of them are actually together having put aside their differences and this was clearly displayed in Jos on Tuesday during the official flag off campaign of the APC.

Previous Hon Suleiman Yahaya Kwande Standing on what we believe in: True and effective Representation
Next Musa Back Any Of The African Countries To Wins World Cup