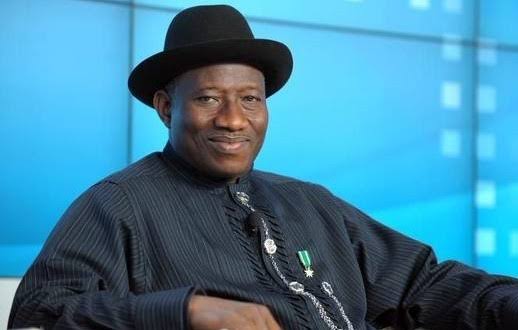 2023 Presidency: Group Wants Jonathan To Return To Power Under APC 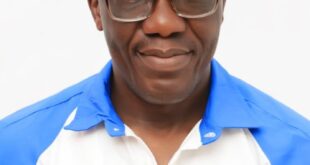 The identity of those calling on former President, Goodluck Jonathan to run for the Presidency in 2023 is now known, fueling speculations that he may return to power.

The group which goes by the name Citizens Network for Peace and Development (CNPD) said it wants the immediate past President to dump his party, the Peoples Democratic Party (PDP) and join forces with President Mohammadu Buhari in his ruling All Progressives Congress (APC) to return to power in 2023.

Addressing journalists in Abuja at the weekend, National Coordinator, Okorie Raphael said the group is ready to mobilize at least eight million citizens to return Jonathan to Aso Rock, Nigeria’s seat of power.

The group extended the invitation to the former President, calling on him to accept their offer to serve and rescue Nigeria at this crucial moment.

” We call on former President Jonathan to once again avail himself to be of service to the country he loves so much! He should bear in mind the popular Latin saying: Vox populi, vox Dei( meaning, the voice of the people is the voice of God. This is a rescue mission you cannot refuse to lead sir”.

Buhari had in 2015 defeated Jonathan and his Peoples Democratic Party (PDP); ending sixteen years of PDP’s reign in a massive electioneering campaign that pitched Jonathan’s era in power as not only fantastically corrupt but also clueless.

Under Buhari, the APC has spent considerable energy and time blaming Jonathan and PDP for its seeming inabilities to deliver on many of its election promises to the Nigerian people.

With less than one and a half years to the end of Buhari’s eight years reign, the invitation extended by this group to Jonathan to succeed Buhari-the same man who sacked him from office in 2015 seems a bit absurd to many.

The absurdity notwithstanding, the group insisted that Jonathan remains their best candidate to take over from Buhari for sake of his track records and continuity.

” Looking closer home, Goodluck Jonathan’s track records as an achiever, nationalist and visionary leader are clearly evident around us. A good number of megaprojects initiated by his administration litter the horizon and though quite a number stand today in credit to the present administration in the spirit of continuity, the fact remains that he has left indelible footprints in the sands of time”.

The group further noted that with the level of mutual ethnic mistrust in the country; what Nigeria needs is a time tested and trusted man like Jonathan to steer the ship.

But Jonathan’s return is bound to cause a few ripples and possibly upset a few political calculations at a time when many interest groups in the South want power to shift from the North to the South.

While Jonathan may have met with that requirement, if he takes the bait, he will be constitutionally entitled to only a single term of four years in office.

It is an offer many in the South view as a smart ploy to shortchange the region in Nigeria’s although “unwritten” but established power rotation arrangement between the North and the South.

The group said even this will not be too much a sacrifice to make in the larger interest of the country.

It is left to be seen if Jonathan will fall for the tempting offer tossed at his feet to dump the Peoples Democratic Party (PDP) that first made him President and pitch tents with the ruling All Progressives Congress (APC)
for another shot at ruling Nigeria.

Nigeria's most authoritative online newspaper with a deep reach for the Defence of the truth at all times.
Previous BREAKING! Nigeria’s Opeyori claim surprise gold at All Africa Badminton Championships
Next Badminton Federation crisis will be over soon— Nasir Idris 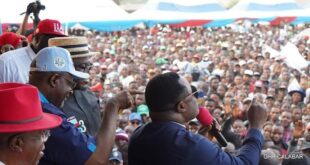