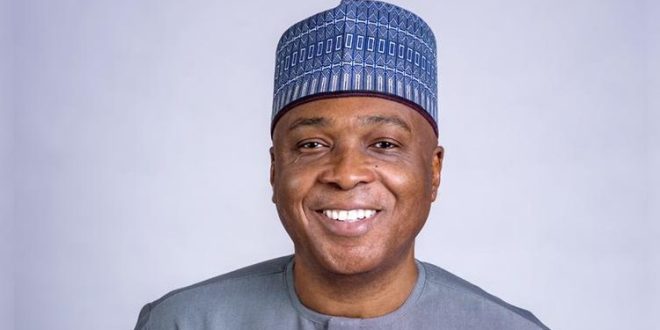 Editor1 May 18, 2022 Politics Comments Off on 2023 Presidency: Saraki Promises To End Insecurity 5 Views

Former Senate President, Bukola Saraki, has promised to end the present state of insecurity in the country if they elected as Nigeria’s President in 2023.
Saraki, a presidential aspirant of the Peoples Democratic Party, Bukola Saraki, stated this while responding to questions from journalists shortly after meeting with delegates and other PDP stakeholders in Kebbi State.

He said tackling insecurity is a priority area he will focus on because there is no meaningful development that can take place without peace and stability.

According to Saraki, he is the most experienced among all his party’s aspirations owing to the various positions of responsibility he has held in the past.

He also promised to fight poverty through job creation as well as encouraging Nigerians to embrace agriculture, which he says is key to resuscitating the nation’s economy.