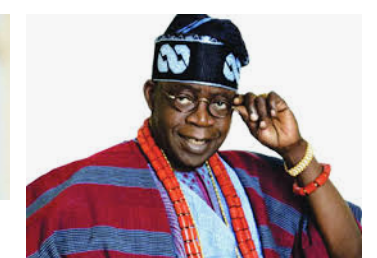 . APC should take a position on zoning— Okorie

.We are happy former Lagos governor wants to be king— Onwu

Nigerians on Monday night expressed varied reactions to the open declaration for the 2023 presidential race by former Lagos State governor and national leader of the All Progressives Congress, Asiwaju Bola Ahmed Tinubu.

Shortly after a meeting with President Muhammadu Buhari at the Presidential Villa, the APC chieftain told State House correspondents that he has formally informed his host of his intention to seek the presidential ticket of the ruling party.
Speaking on Arise TV monitored 9pm News, an analyst, Mahmood Jega,

expressed concern over the aspiration of Asiwaju Bola Tinubu as he noted that the Vice- President, Yemi Osinbajo was also interested in the same ticket. 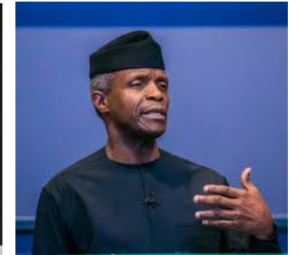 He however maintained that it would be premature to ask Tinubu to back out because of the Vice President aspiration which he noted remained at the realm of speculation.

He said: “What is unfolding between Tinubu and Yemi Osinbajo isn’t a pleasant thing at all. Tinubu has been campaigning since 2015 to succeed Buhari, but how do you tell someone who has been VP for six years not to run?

“To tell Tinubu to remain a godfather, he has moved beyond that having declared. He might be forced by circumstances to return to be kingmaker but let us watch. It is too early in the day.”

A chieftain of the APC, Chief Chekwas Okorie tasked the stakeholders in the ruling party to come out early and take a position on zoning in order to prevent a situation where its chieftains would embark on a wild goose chase for the party presidential ticket.

He however commended Tinubu for having the courage to declare early.
“I will say that it is within the right of Tinubu to aspire to become the President of Nigeria on the platform of APC. That intention has been made known to the President and he has said he is making further consultations.

“For me, the stake of the President for 2023 is begining to rise to the high level. But he is not the only one, we have others but they haven’t come out boldly, just like the Vice President, we have the likes of Governor Dave Umahi and Senator Orji Uzor Kalu and Rochas Okorocha. So, it depends on the APC to let Nigrians know in good time, the criteria for selecting a President candidate.

“The party will help those planning to run by coming out to state the criteria for selection and zoning. It should do this in good time instead of allowing people to embark on wild goose chase.”
Chief Okorie further expressed concern over confusion trailing the conduct of the APC national convention.

“The party must do it’s convention and put in place a democratically elected executive that will fashion modalities for the presidential Convention.
The south east is prepared, we have the number, we have the outreach. It has become a convention to rotate the Presidency between the North and South.”

” I must tell you that today is one of the happiest days for any member of APC. We have craved for Tinubu to drop his toga as national leader and seek the office of President. He has informed Mr President, VP officially and we are waiting for him to inform Nigerians.”