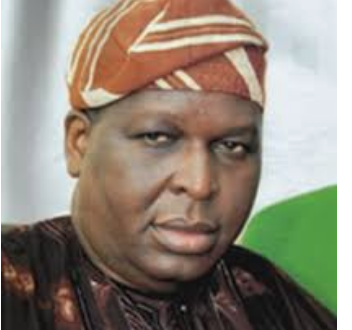 A New Dawn Has Come For Golf…Otunba Runsewe

Editor1 October 7, 2021 Sports Comments Off on A New Dawn Has Come For Golf…Otunba Runsewe 315 Views

President-elect of Nigeria Golf Federation Otunba Segun Runsewe has declared that his tenure will continue from where former Prince Olagunsoye stopped as the president of Golf federation.

“For me I am going to start from where prince Oyinlola stopped he is the immediate past president I am going to bring up some new innovation to the golfing arena, in the history of our country today golf has gone beyond just playing it manually its now an IT base stuff”. He said.

Speaking on how he intend to turn around the game for good, the newly elected president revealed the following, “I am going to bring a lot of trainers from the PGA to come and open more doors for the federation.

While expressing how much Nigeria golfers has missed out on the fund available for golfers all over the world, the president reveal further, “today that there are over 6 billion dollars roaming around in the world of golf and Nigerians don’t have any out of it, I am going to set up a platform where Nigeria will take his major chunk”.

” You must also be aware that I introduced the act of using local fabrics into golf in Nigeria, and I also started playing of golf on every festival of arts in Nigeria we have done it in kaduna, Plateau, Rivers and we are doing Ekiti this year, there will be a new focus for golf this year and by the grace of Almighty God the Nigeria Open will definitely be a thing of reality” Otunba Runsewe Concluded.