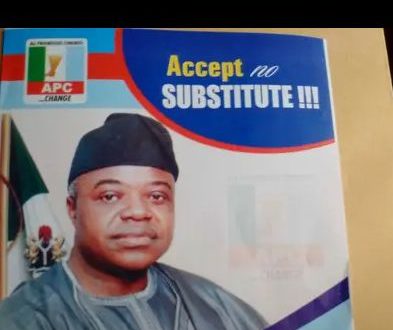 Prince Aderin Adesida, has emerged the candidate of the All Progressives Congress, APC, for the Akure South/North federal seat at the party’s primary held in Akure, the capital of Ondo State.

Thugs suspected to be supporters of one of the candidates rushed the hall where the primary was being held and disrupted the process, making the election chaotic.

Police officers fired intermittent shots to frighten the thugs away.

As police fired shots and teargas into the air and eventually overcame the thugs, journalists and other officials, as well as police officers, raced helter-skelter for their lives.

After nearly an hour, the election was resumed to determine the winner of the primary.

Meanwhile, Fadairo, who came last in the contest, had earlier demanded that his picture should appear on the ballot paper before being rectified.