Amaju Pinnick...where is our money despite short-changing us?

No doubt Mr.Amaju Melvin Pinnick’s reign as the President of the Nigeria Football Federation (NFF), has been a woebegone, forlorn and miserable;recent events have proven that Nigerians were scammed, when he controversially emerged in 2014 as the federation’s president in a disputed election held in Warri,Delta state.

Aside being the NFF President,Pinnick doubles as the Chief Scout of the Super Eagles and also heads the Marketing Dpartment. Moreso, his sugar coated tongue can sweep you off your feet especially when you fail to run a background check on him.

Pinnick’s oratory prowess has been his Achilles’ heel, because he was quick to promise us scientific football and the re-engineering of our football structure which according to him, the style of our play has become outdated.

“The best performance indicator for any country in international football is the A team, in this case Super Eagles, which in recent times drew with five -time world champions Brazil and Ukraine in friendlies,” says Pinnick.

As the day passes, the scientific football we were promised became a mirage to the real lovers of the game, but for those beclouded by sentiment,Pinnick is still on the right path.

Pinnick before his accession to the position of the NFF President, successfully ran down Warri Wolves; and also destroyed the Delta state Sports Commission, a place he was appointed as the Director General by the former Governor of Delta state, Emmauel Uduaghan (his Brother Inlaw).

Several stakeholders have accused him of running a one-man show,moreso his despotic nature has been a turn off to many who will never kiss his ring.He often boast of his wealth whose source is unknown, but claims that he is spending more of his personal money to develop football.Haba!

Amaju Melvin Pinnick remains one man who has benefited from the corruption rocking the country,for instance,all the anti graft agencies have his case files of corruption allegations.Today,Mr.Pinnick is being shielded by top government officials.

In September 2019, Mr.Pinnick’s properties were seized by the Independent Corrupt Practices and Other Related Offences Commission.

A statement from the Commission reads: “Our work is still ongoing. We have seized those properties and other ones. The full list on Dikko’s seized properties will be available tomorrow (Monday). The one for Pinnick and two other characters are already available. But our investigation is ongoing.

“Both Dikko and Pinnick’s sealed properties remain seized. If the seals are removed, those that did that are not our officials. We are investigating something about them. What they have is in excess of what they have earned.”

As we speak,this case is now dead,no thanks to some top officials of the ICPC who are from Delta state.

According to Sahara Reporters reports, ”In 2015, FIFA released a $2.5m grant to Nigeria as part of its FIFA Assistance Programme. The money was to be dedicated to football development programmes in the country.

The use of the grant, which was disbursed in five tranches between May and October 2015, raised eyebrows at FIFA. The football governing body expressed concerns over a lack of transparency, noting that the NFF leadership was unable to prove that the funds were not fraudulently expended. FIFA also bemoaned the fact that the funds were not used for the approved programmes.”

PwC carried out a review and presented its findings to FIFA in October 2016. In its findings, PwC said it “detected circumstances which may indicate or lead to a misuse of funds” and also noted that in several cases, the use of FIFA development funds could not be traced to supporting documentation or failed to align with FIFA prescribed purposes.

A prima facie case has been established,unfortunately,due to pressure from the top,the ICPC has decided to sweep this case under the rug. 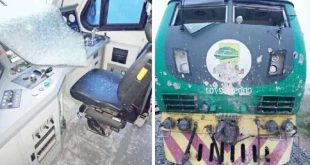