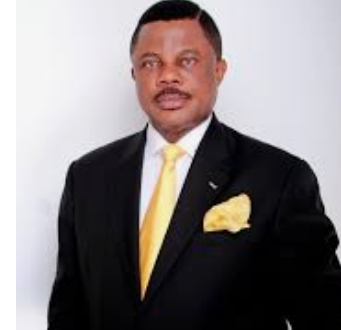 The Governor of Anambra State, Willie Obiano has declared Thursday and Friday as no-work days in the state ahead of Saturday’s gubernatorial election.
The Governor said the two days are to allow the workers in the state to prepare accurately for the November 6 governorship polls.

Speaking at the Jerome Udeorji Secretariat Complex, Awka, the state capital on the occasion of the 2021 Public Service Day Celebration, Obiano urged the workers to come out and vote during the election.

He also vowed to fulfill his promises to the state workforce while appreciating them for their support to his administration.

Naija News reported that monarchs and religious leaders had on Sunday demanded the release of the leader of the Indigenous Peoples of Biafra (IPOB), Nnamdi Kanu.

Replying to the leaders, Onochie stated that the call for Kanu’s release is unreasonable and described the leaders as “political neonates who are also ignorant of the country’s laws”.

But in a statement on Wednesday signed by its spokesman, Alex Ogbonnia, Ohanaeze slammed Onochie for insulting and disrespecting the Igbo monarchs and religious leaders.

The group added that the comments made by Onochie are despicable and sacrilegious, calling on President Muhammadu Buhari to immediately sack the presidential aide.