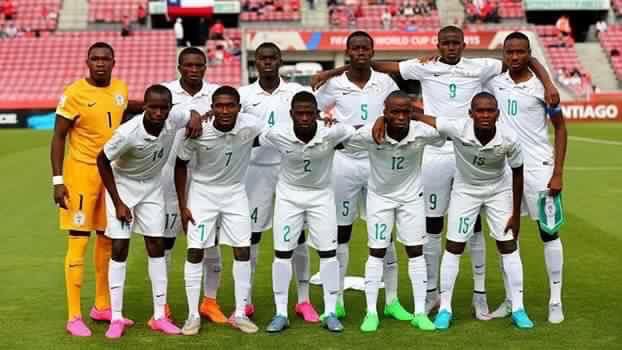 *He was Golden, Flying Eagle defender

Former Golden Eaglets and Flying Eagles defender Uzama Douglas was on Thursday shot dead in Benin City by armed men suspected to be cultists. This is coming shortly after another £SC of Ibadan defender was shot dead in similar circumstances weeks ago which the Police is yet to find out the riddle.

“He went out with friends when some cult boys carried out an attack against them. He was shot and that was it. The killers

fled and left my friend in cold blood.” A statement from Gombe United and signed by the Assistant General Manager (Media and Publicity), Tanimu Umar, said the club received with shock the news of the brutal murder of the player.

“Douglas was a promising young footballer, he played for the national team at the U-17 and U-20 categories,” the statement read.

“He nursed the dream of playing at the very top, for some thugs to brutally take his life at this stage of his career means the life of an ordinary Nigerian is at risk day in day out, it also speaks a lot on the spate of insecurity in the country.

“Our thoughts and condolences go to the family of the deceased. May the Almighty give them the fortitude to bear this monumental tragedy.” The club also called on the security forces to hunt for Douglas’ murderers and bring them to book.

The late Douglas left his wife, a 3-month old baby, his aged father, mother and other siblings.

The murder of the Gombe United player was the second tragedy to hit the domestic football scene in the last three months after Shooting Stars central defender Izu Joseph was shot dead in October.

Nigeria's most authoritative online newspaper with a deep reach for the Defence of the truth at all times.
Previous Badagry will enjoy massive transformation in 2017 – Ambode
Next Kogi state on the verge of losing star coaches, athletes