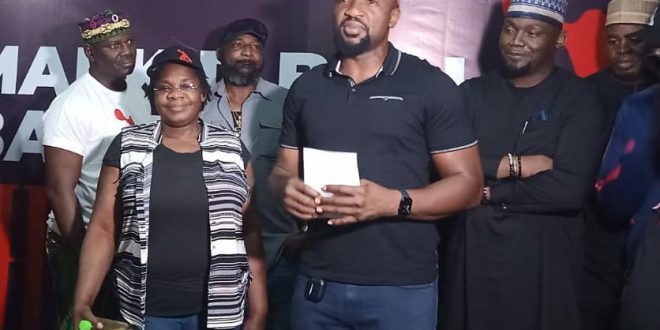 Basketball Stakeholders at the ongoing Mark D Ball Championships have
overwhelmingly endorsed the candidacy of Igoche Mark for the Presidency of the upcoming Nigeria Basketball Federation (NBBF).

Igoche Mark is the initiator of Mark D Ball Basketball Championship, and until recently was Proprietor of Premier League franchise, Mark Mentors Basketball Club, of Abuja. 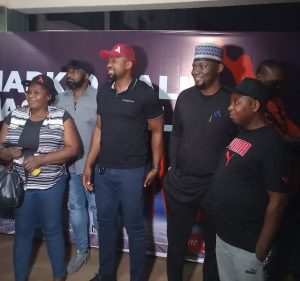 The young Sportpreneur has been in the forefront of those championing a progressive change in the administration of Basketball in Nigeria, especially in the last four years of infighting, and underperformance of the now dissolved, Musa Kida led Board.

With his Movement; the New Face of Basketball, Mark has advocated and committed resources towards the resucitaion of the domestic component of the game, while ensuring that the welfare of the athletes at both local and international level is scaled up to meet globally acceptable standards.

A former NBBF Board Member, Ejike Ugboaja who served under Musa Kida, is one of those throwing their weight of support in favour of Igoche Mark, a graduate of Political Science from the University of Abuja, because of his evident leadership qualities, and passion for youth empowerment.

“We have a new face of Basketball and we are trying to do it ourselves now, I’m convinced Igoche Mark among other qualities, is a better team player with a sound mind and listening ear to lead a traumatised federation in dire need of healing”.

“I am in support of him 100 percent.” Ugboaja’ who served as players’ representative in the last NBBF Board, stated.

Speaking in the same vain, the Proprietor of Hotcoal Sizzlers of Abuja, Ubon Udoh, described the qualities of Igoche Mark as exceptional.

Udoh noted that aside initiating the Mark D Ball Basketball Championships for men and women, Mark has given so much to the game, and his quest to take the game to every part of the country, and have basketball played all round the year is monumental.

“Igoche Mark is a giver, a person who sacrifices for the game. He has been doing this for at least 15 years, snd doesn’t expect anything back.
He just gives, and is always happy seeing youngsters given the platform to grow, and express themselved.

According to Udoh, for the game to grow in Nigeria, the structures and policies must first be right, and those lacking components are the additions Mark wants to bring on and positively influence the fortunes of Basketball, in the country.

” the honest truth is that we need such person in leadership, not just in Basketball but all sphares of the country.” Udoh said.

Another Stakeholder, and Chairman of the Kaduna State Basketball Association, Pastor Scambo Morrison pointed out that with the feat achieved by Igoche Mark, the Basketball family in Nigeria needs not to look elsewhere for a leader.

“Without any gainsaying, he is an embodiment of a breathe of fresh air; good innovations, creativity, good ambience and good atmosphere for basketball. What else do we need?” Morrison queried.

A former Basketball player, Umar Abdullahi recanted the track records of other adpiramts, and concluded thst Igoche Mark has all it takes to lead the Nigeria Basketball Federation, going forward.

“Igoche Mark is the best man for the job, I don’t think there is anyone out there that could do it better than him. We have seen what the rest can do; we just need his top notch ideas if we are serious about reshaping the fortunes of Nigeria Basketball.” Abdullahi stated.

Meanwhile, the Federal Ministry of Youth and Sports Development has fixed January 31, 2022 for the delayed election into the Board of the Nigeria Basketball Federation.