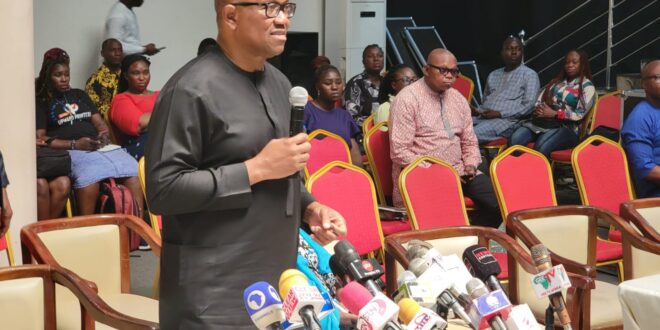 In every facet of human endeavour, two basic groups exist; The Players and The Spectators. As the players slog it out in the arena the spectators cheer from the sidelines

Another fact worthy of note is: spectators are always attached to either the players or the platform the players represent. In other words, spectator’s fancies are usually not open ended

In the game of football for instance, fans/spectators are attached to either the player(s) or the team. You rarely find an active football fan whose fancy is not informed by these two factors

In politics (power grabbing), this rule also apply. As politicians play the game in the political arena, majority of the voters watch and cheer accordingly from the sidelines

At this point, it’s important to remind you that there’s also another golden rule which states thus;

To win in any game, you need more of active players than spectators because whereas the players stick to rules and tactics, a large chunk of the spectators rely completely on mere emotions.

In any case, some will argue that politics is different from other games in that spectators completely decide the outcome through their votes. While this may resemble truth, it’s actually not the whole truth because even though voters are free to choose, their choices are most times guided/influenced basically by the playing skills or performance of the politicians. So the more quality/performing politicians in your team, the more real voters you have. This is the truth, don’t be deceived

Let me say this for the umpteenth time; democracy as a system of government was not designed for very poor societies like ours where poverty and illiteracy are pervasive. Let’s be clear on this; a hungry illiterate usually do not have the luxury to choose “freely”. His/her choices are constantly guided. This is the fact as I know it!

Coming back to my big brother Mr Peter Obi, a close and analytical look at his camp reveals that it consists of more than 99% spectators. Yes, many of his spectators are high-spirited (even though uninformed) but is that enough to guarantee victory? The answer is obviously a capital NO!

Make no mistakes about this; politics is not different from other games, as such, you need adequate number of quality and performing players in your team if you are truly desirous of victory. Anything short of this will likely amount to mere jamboree 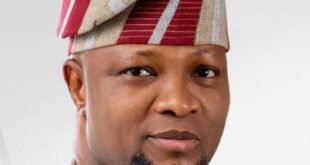 Governorship candidate of the Lagos PDP, Abdul-Azeez Adediran (Jandor), has promised the state’s residents of his …