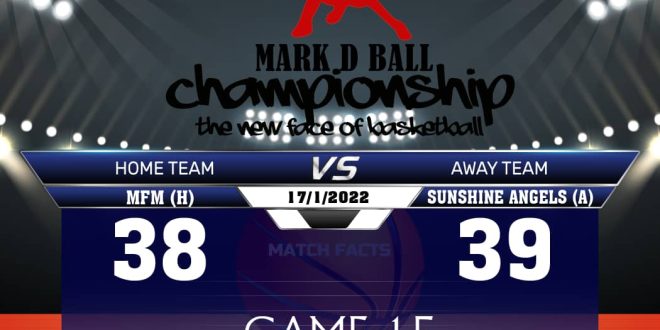 Players and Officials of teams participating in the ongoing Mark D Ball Basketball Women’s Championship have commended the Organsers and Federal Ministry of Youth and Sports Development for putting together what they described as the best basketball tournament, in recent times.

Day 3 of the Mark D Ball Women’s Basketball Championships, saw 8 matches decided
at Package B of the MKO Abiola National Stadium, Abuja as some players and team Officials heaped praises on the organisers for putting together a fascinating, glamorous and top notch tournament.

With all 16 teams on action, IGP Queens recorded the biggest win by whipping Taraba Haurricanes 60-17 in the first fixture.

But the match of the day was an epic battle which saw First Bank edge Kada Angels of Kaduna 33-30; just as Delta Force of Asaba had to dig deep before downing City Sparks of Abuja 34-30.

The Old Plateau derby was won by Plateau Rocks, who defeated Nasarawa Amazons 38-25; while HotCoal Sizzlers of Abuja rebounded from their opening victory to beat Novena Queens ,40-25. 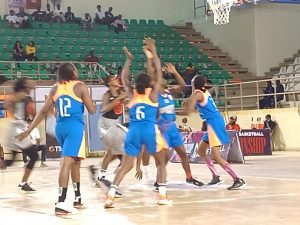 Elsewhere, Nigeria Customs made light work of Osun Pearls who got thrashed 24-06; FCT Angels fell 12-33 to the Superior Firepower of Air Warriors; while Sunshine Stars won the fiercest contest of the day, by beating MFM 39-38 as spectator sat on the edge of their seats, for a good part of the thrilling encounter.

Speaking to our Media team, a Player of IGP Queens, Christiana Isaac noted that the innovations and rebranding of the competition have been amazing, while the Indoor Sports Hall (venue of all the matches) wore a carnival outlook, as the players, Officials and Spectators can all be seen wearing broad Smiles.

A super excited Christiana praised the Initiator of the tournament; and Sport Development Minister, Chief Sunday Dare for resuscitating domestic basketball with a touch of class and some style.

According to her aside giving players the opportunity to play competitive Slam and Dunk games after a long time of inactivity, she is pleased to be playing in tournament where the welfare and wellbeing of the participants are giving top priority.