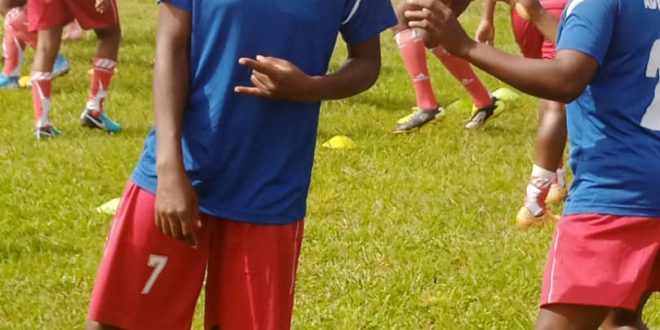 As the 2021/22 Nigeria Women Premier League, NWPL kicked off on Wednesday at various centers across the country, Lokoja based side Confluence Queens were ruthless against Pelican Stars of Calabar winning by 4-0.

Winifred Eyebhoria scored the first goal of 2021/22 season in the 17th seconds of play, while striker Mercy Omokwo grabbed the first hattrick of the season.

Reacting after the impressive performance of her team, the team manger of Confluence Queens Mrs Ojo Olorunleke Tosin warned her girls not to get too carried away with their victory.

“It was a wonderful performance and a better way to start the league especially when playing first match of the season at home. My message is that the team should not be carried away by the victory, rather put more efforts for the games ahead.”

Speaking on the first goal and hat-trick of the season credited to her team, Mrs Ojo praised both players involved and charged them to build on it.

“It took Winifred only 17 second to score the first goal of the NWPL season, I am happy for her, she is an experience player who is always determined to contribute her quota at any given opportunity. I want to see her do more”.

On Omokwo, the delighted manager showered praises on her form adding that “Omokwo netting three goals in one match is no surprise to me judging from her recent performance both in training and matches.

“She has the strength and pace to take on any opponent and i want to believe if she keep her self focused, she can finish as the top scorer of the current season but i wouldn’t want her to be under any pressure.”

Confluence Queens next match is away to Osun Babes in Ile Igbo the new adopted ground for the Omoluabi Babes.