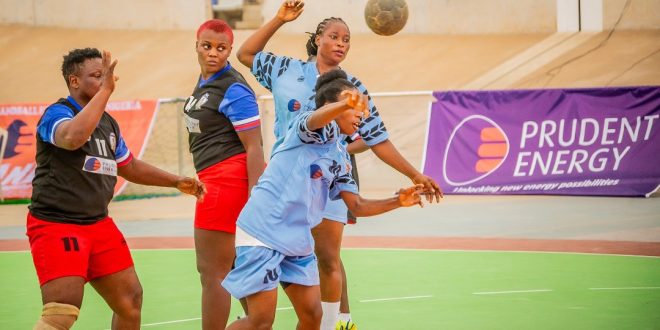 MatchDay 2 of the Prudent Handball League as suffered two major shortcomings officiating and blackout at these year’s handball league. After series of complains for  bad officiating from the referees in the league where it was obvious  some teams are favored to win matches.

The  game between  Sokoto Rima vs Tojemarine a newly promoted club to premier league is an indication of bias officiating. There were allegations of ending the match before time to aid the newly promoted club a win against the team from the caliphate on match day 2. 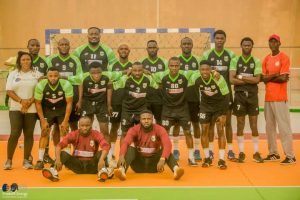 It was just like match day 2 was designed for controversy as the match  between D Defenders vs Kano pillars was delayed for over an hour due to  power outage and one wonder if the organizers never thought of the Nigeria environment where alternative source of power is the only way out.

When the match finally got underway the game lived up to the  rating of a top game but at the end the match was marred with allegations of time over been called by the officiating official, after Kano pillars scored an equalising goal. Which brought the match to a dispute and it took over 35 minutes wait before it was finally resolve to end the game 22-22 Which did not go down well with D- Defenders.

Reacting the players  who spoke  on annonimity  cried out that referees are bringing down the standard of the game due to poor officiating. Specifically the game between D-defenders against Kano Pillars. A goal was scored by the defenders but was disallowed on power play only for same goal scored by Pillars was allowed on same ground.

Gongnews.net efforts to reach the technical department to hear their own side of the story on how to solve the issues prove abortive.

Hopefully we hope for better officiating in the remaining matches in the subsequent league games.