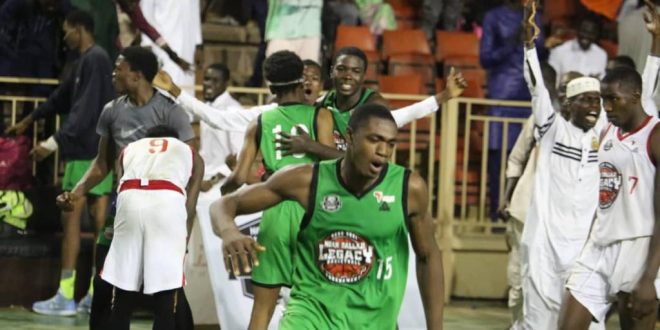 The U-17 Basketball team coach of Kaduna, Simsim Morrison is optimistic that his boys are capable of defeating the hosts, Kano in today’s final of the Noah Dallaji U-17 Basketball Tournament.

Simsim said the confidence level of his boys rises as game proceeds saying that it will be an advantage to his boys to win the title.

He said, “in the beginning of the competition when we saw what was happening, we were a bit doubting whether we can be in the final but as game proceeds we have confidence in the players that they will go far because they improve game after game.

He said the aim of playing in the final almost became impossible after losing to Buachi in the preliminary stage.

“But when we lost to Bauchi we thought that was the end of the road but we went back and re-strategise again and I told the guys that we can actually make it to the final. I don’t see Kano or any team as the best in this competition. We’re capable of beating any team. As for me in this competition my boys are the best and ready to beat Kano.”

“We have learned from our mistakes after our loss to Plateau in the group stage, we went back and planned again.

“I have sat down with my boys to identify and fix our weakness . The opponent I know are a good team but the commitment of my boys will see them through.

The same tempo we use to beat Plateau in the Semi-final is the same we will bring into the game in the final to bring smiles into the faces of Kano residents.” He concluded.

Kaduna defeated Kebbi in the Semi-final of the competition to set a final battle with Kano who edged Plateau in the semis.

The final match is scheduled for Sunday (today) at the Indoor Sports Hall of Sani Abacha stadium, Kano.