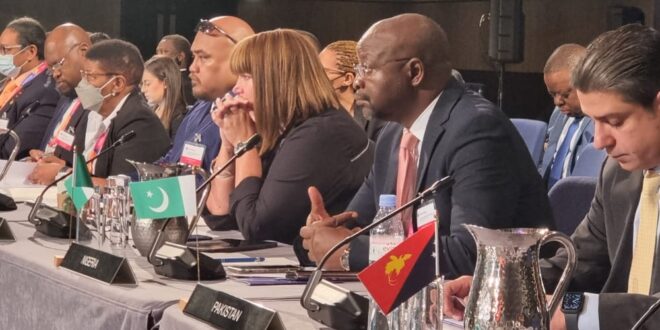 The Minister for Youth and Sports,Hon.Sunday Dare has invited all the NFF presidential aspirants for a meeting in Abuja on Tuesday.

Recall, Nigeria football stakeholders is set for a new path in a couple of days,when the NFF elective Congress will usher in new leadership and bring officially to an end the eight year reign of the current NFF board.

In an invitation letter signed by the Permanent Secretary of the Sports Ministry Ismaila Abubakar and dated September 23, 2022, all presidential aspirants are expected at the Minister’s conference room at the National Stadium in Abuja by 4pm.
Reports suggests that
agenda for the meeting has not been stated yet. 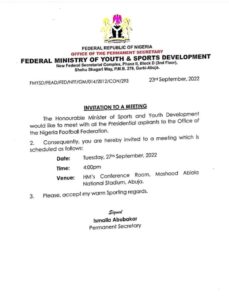 Meanwhile, there are strong indications that the NFF elective congress earlier scheduled for Benin City, Edo State on September 30 may be postponed due to the court litigation stopping the NFF from conducting the election.