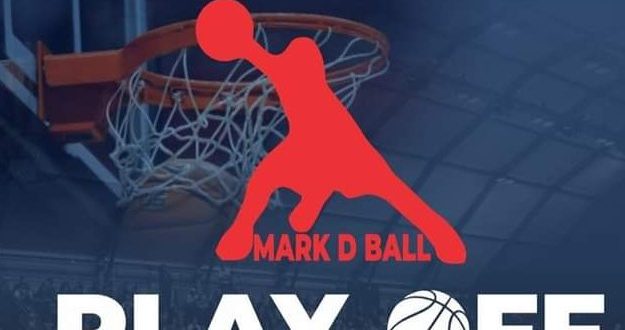 Day One Round Up: Mark D Ball Sweet 16 Championship

Abuja-based HotCoal Ballers, Nigeria Customs, Delta Force, and Kano Pillars laid down the markers, by recording contrasting wins as the Round of 16 games of the 2022 Mark D Ball Men’s Basketball Championship, dunked off, at the Indoor Sports Hall, of on Saturday, at the MKO Abiola Nat’l Stadium, Abuja.

All four teams, won their respective matches, in contrasting fashion, as eight of the sixteen teams got involved in the jump balls.

Kano Pillars had to dig deep, before eventually holding off a spirited Plateau Peak side, in a closely fought game of the day that ended 53-49 in favour of the Sai Masugida.

Many who wrote off the Peaks, only realized that their punditry were wrong, when the Jos-based side matched Pillars in every aspect of the thrilling opening quarter, and sustaining the rhythm, by playing like true contenders against a more experienced Pillars side, urged on by Coach Sani Ahmedu.

Gem Giftson ‘s scored the most points for peaks (14) while Chibuzor Njoku lead Pillars in scoring (18 points) and making (7) rebounds.

Plateau Peaks will now have to win thier next two games against Nile University of Spartans of Abuja, and Gombe Bulls, to stand a chance of making it to the Elite 8.

In other games decided, HotCoal Ballers of Abuja recorded the biggest win of Day-1 by trouncing Apa Flames of Benue 80-50 dunks; Police Barton of Lagos fell 48-53 in another keenly contested match; while Coach Scot Nnaji was given a belated 60th birthday gift by his Nigeria Customs side, who defeated the hard fighting youngsters of Novena Heartlanders from IMO State 86-75, in an entralling game.