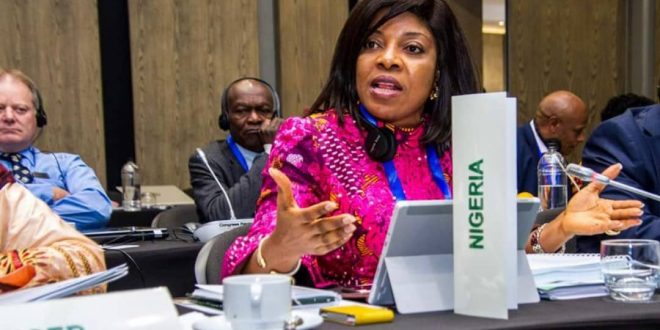 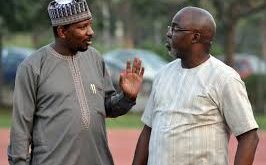 Princess Gloria Akobundu, the National Coordinator and Chief executive Officer of Africa Union Development Agency, New Partnership for Africa’s Development and Africa Peer Review Mechanism (AUDA-NEPAD/APRM) Nigeria, has called on leaders to build on the legacies of the Nation’s founding Fathers as well as their predecessors’ programmes.

Akobundu said on the occasion of 21 years of Democratic Governance in the country, called Democracy Day, erstwhile held on May 29, but changed to June 12 in Commemoration of the annulled 1993 Presidential election held on June 12.

According to the National Coordinator and Member, AU-Taskforce Committee on Governance Response to COVID-19 and other pandemics, founding fathers’ vision is to bring development closer to the people by instituting democracy, a system of government that allows for greater participation of the people at all levels.

Princess Akobundu said deliberate effort must be made to ensure that “the labours of our heroes/heroines past who faulty for democracy should not be in vein”.

“Our leaders have worked doggedly to ensure that Nigeria remains one indivisible entity, we should develop our nation where justice and peace shall reign and create a home for all citizens of this country.

“We should also create enabling environment and laws that will attract investment to enable the country play the role of the giant of Africa that we are.”

Akobundu commended President Muhammadu Buhari for being a champion of development for not abandoning uncompleted projects inherited from previous administrations but rather ensuring their speedy completion.

“One good thing that amazes me and I appreciate about President Muhammadu Buhari’s Administration is building on already established structures.

“Mr. President did not abandon his predecessor’s uncompleted projects which have previously being the practice, a major problem of development and economic growth in the past,” she added.

She urged leaders to borrow a leaf from the good examples that President Buhari had set and ensure that the resources of the Nation were not wasted, adding that “government is a continuum’’. She commended the present administration’s response to East-West road, Kaduna-Abuja rail system, the second Niger Bridge, the agricultural and self-sufficiency food programme, roads and rail way construction, fight against corruption, ease of doing business amongst other developmental projects and programmes described as dividends of democracy.

Princess Akobundu equally said the present administration had also given AUDA-NEPAD/APRM the needed support to carry out her mandate which includes; eradicating poverty, promote sustainable growth and development, coordinate and implement priority continental and regional projects as well as plan and implement Africa’s priority developmental programs within the framework of African Union’s Agenda 2020 and 2063 amongst others.

“For us in AUDA-NEPAD we have done a lot, looking at the AU’s Agenda 2020 (Silencing the Gun) and Agenda 2063 (the Africa we want) and the present administration’s vision and goals.

“I use this opportunity to tell Nigerians to make good use of the opportunity to assess governance in key areas and make recommendations on how to make them better.

“They should give factual and patriotic responses to our field officers, technical researchers while administering questionnaires and during town hall meetings that will be held in the six geo-political zones of the country.

Akobundu said AUDA-NEPAD/APRM had done a lot of capacity building programmes for the youths, women and the vulnerable people in the society across the country in support of the present administration’s mandate of job creation.

Similarly a lot of advocacies had been carried out in different areas including, the food processing centres, in line with the ‘Zero Hunger Policy’ of this administration, Anti-Corruption advocacy in collaboration with relevant Agencies, to regain investors’ confidence in doing business in Nigeria.

The Agency had also held special side events at the United Nation General Assemble (UNGA) to advocate and woo investors and development partners for economic development and job creation in the country and the entire continent, she described them as part of democratic dividends to the Nation.

While wishing Nigerians a Happy Democracy Day, she called for patient and respect their leaders, noting that four years may be a short time to produce the expected result but successive governments could build on their predecessors programmes to further develop the nation.

Previous SPORTS CURRICULUM: BADMINTON GET THE NOD FROM OLYMPAFRICA
Next THE GHOST OF JUNE 12 WILL CONTINUE TO HUNT PERPETRATORS UNTIL NIGERIA IS TRANSFORMED – ASIWAJU AJANAKU