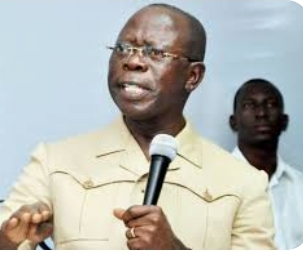 To this end, Oshiomhole said Tinubu should not be blamed for any infraction by the Buhari-led Federal Government.

He disclosed this during an interview with Arise TV on Wednesday

Oshiomhole stressed that the former Lagos State Governor has never held any position in Buhari’s government.

He said: “I think in appropriating or apportioning blame or crediting people, you will look at their role.

“It is a fact that Tinubu himself co-founded the APC. But he never participated in governance

“He never held any position in government. He didn’t carry out any contract on behalf of the government. So how can you credit him either way?

“You cannot say someone who never in any way participated in government be credited with the outcome of government policy or be blamed for same.”

There are widespread beliefs that Tinubu played a major role in ensuring that Buhari became Nigeria’s president in 2015.

But, some APC chieftains have dismissed such claims, stressing that Buhari’s emergence as president was a collective effort of APC and Nigerians.

While they insisted that Tinubu alone didn’t ensure Buhari’s victory in 2015.