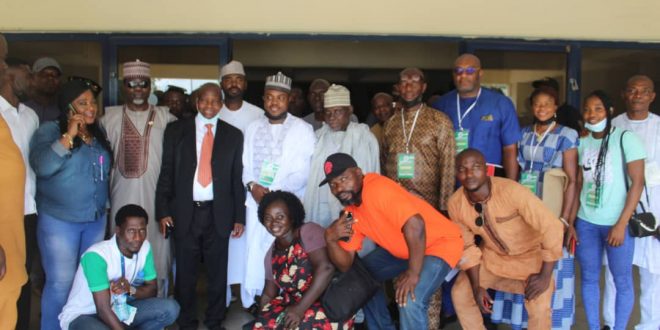 The newly elected President of Nigeria Weightlifting Federation, Dr Ibrahim Abdul has reeled out his plans for the federation in the next four years.

Dr Abdul told newsmen on Friday that the Federation will ensure the welfare of the athletes and coaches (Officials and Referees) are paramount.

He said, “The new board wants to complement on the efforts and achievements of the former President of Nigeria Weightlifting Federation, Late Yahaya Mohammed. At the 2019 African Games in Morocco, the Nigeria Weightlifting Federation won the highest medals for the country. This current board wants to surpass the African Games record and feature at the 2024 Olympic Games in Paris.

“The board also wants to focus and meet up equipment deficit in the Federation.

“We want to collaborate with the Military and Para Military Organisations in order to create employment for weightlifters and the board will take the issue of Anti -Doping seriously.”

Previous NBBF Election Crisis: We Want The Right Thing Done… Ejike Ugbuaja
Next We Will Represent Our People On The New Board… Nnaji And Gumut