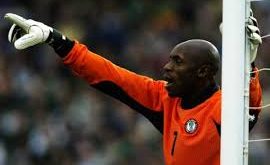 Former Shooting Stars Sports Football Club Chairman in the 1997 to 1999 football season, Elder Bode Oyewole has written an appeal to the Oyo State Governor, Seyi Makinde to reinstate the rewards given to members and players of the team during government of Police Commissioner Edore Oyakiire.

According to the appeal routed through the offices of the Sports Commissioner and signed by the Former Chairman of the Club, Bode Oyewole, the government Police Commissioner, Edore Oyakiire who was the last administrator of the state under military regime announced various rewards to the players, the board of the club as well as the administrative staff for the winning of the Nigerian league in 1998 as well as the WAFU Cup.

Elder Oyewole said the rewards were however revoked by the civilian regime of Alhaji Lam Adesina and Incidentally, the club has not won any laurel even in the country since the revocation of the rewards 21 years ago.

The last military regime in the state had promised each of the 21 registered players of the club a million Naira and a plot of land while the eight-member board also had a promise of N2 million each as well as a plot of land.

In addition, the club chairman, Bode Oyewole was to get N3 million just like the Oyo State FA Secretary at the time, Babatunde Oloyede and the then Commissioner for Sport, Dr. Bolaji Ojo Oba.

But Oyewole remarked that the government of Lam Adesina, which succeeded the military regime, revoked the rewards and did not explain the reasons behind the action.

Oyewole who listed the names of those who were to benefit from the rewards remarked that five of them have since died. They include the Chief Coach, Rafiu Salami as well as board member and former player/coach of the club, Joseph Ladipo who was better known as Jossy Lad.

A player who was to be one of the beneficiaries, Pius Daniel is also dead so also are two administrative staff members, Ademola Bodunrin and Samuel Dada. 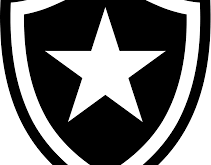