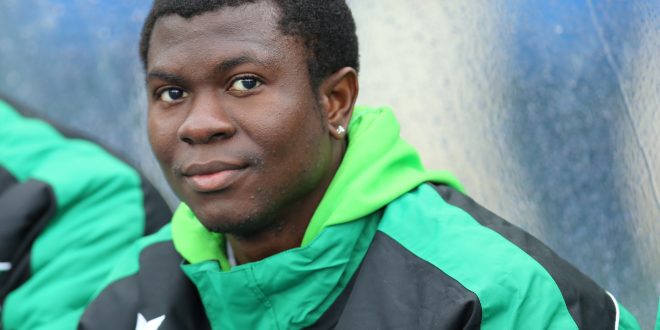 Ararat-Armenia in an official statement on its web site bid farewell to striker at the end of the current season.

Otubanjo who has traveled wide and fare Europe join Ararat-armenia in the January transfer window of 2019/ 2020 season from LSK Linz.

In an Exclusive interview from Armenia the former Atileco Madrid star disclose that it’s going to be the beginning of a new chapter in his footballing career.

“It’s is a new beginning and a new chapter of my footballing career. I wish to break records and enjoy myself here just like every other places I have been too”. He said.

When ask about how life has treated in Armenia, Otubanjo said ” As I have always said, life in Armenian has been very great and peaceful. The people are very friendly, accommodative and very nice. Armenia is one of the nicest country I’ve ever been too”.
“I wish to enjoy the country more than ever with my stay with Pyunik Fc and hopefully to break more Almeneia football record. It as always been the plan of every striker to score goals and hopefully I will be able to do just that for Pyunik FC” he concluded.