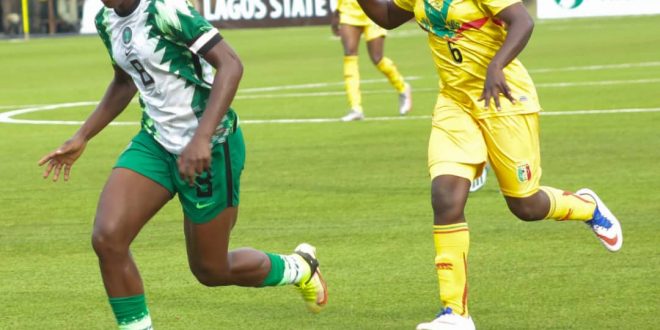 The top two teams in women’s football on the African continent at the moment, Nigeria and South Africa, will face off in what is a potentially-explosive battle on the final day of hostilities in the maiden edition of Aisha Buhari Invitational Women’s Tournament at Mobolaji Johnson Arena on Tuesday evening. 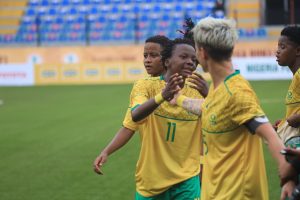 The big game will kick off at 4pm.

The Super Falcons, nine-time champions of Africa, narrowly edged the Banyana on penalties in the final of the 2018 Women AFCON in Ghana, after both teams could not be separated in regulation and extra time.

On the opening day of the tournament on Wednesday, the Super Falcons defeated the Female Eagles of Mali 2-0, both goals coming off substitute Gift Monday late in the second half.

Banyana Banyana were truly dominant and impressive in their 3-0 demolition of Ghana’s Black Queens on Friday.

A total of eight goals have now been scored in the tournament. Only Nigeria’s Gift Monday has scored more than one goal.