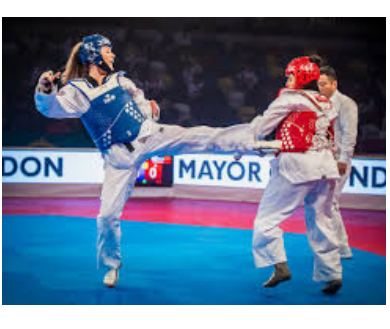 Nigeria Taekwondo Federation election for athletes and technical representative on Tuesday was suspended due to a fracas among the athletes.

The election, which held at the package B of the Moshood Abiola National Stadium in Abuja, was suspended after some of the athletes snatched the ballot box and fled with it.

Some of the athletes who witnessed the scene said they were disappointed with the action of the culprit athletes for displaying such unsportsmanly behaviour.

Hadiza Onazasi, a Taekwondo athlete from Sokoto, said she had recorded everything that happened.

“We started technical election when we suddenly saw some groups of people coming to stop the election. One of them carried the ballot box and I confronted him while I was recording their actions. He threatened to beat me and to crash my phone.

“I was surprised to witness such behaviour in a place that was civil, serene, coordinated and disciplined. I have grown to love the sport as a life style. We all came from different states to come and cast our vote, some of us were robbed on our way to Abuja.

” Some of us risked our lives to travel to the FCT with the present situation of the country”, she said.

The ministry people, electoral officials, people who did not support the violence, just left, we don’t know their decision now.

“But what we want is to finish this election, and I hope the ministry will do the right thing, “she said

Santos Akhilele, one of the athlete representatives, said he was disappointed that the election had been suspended.

” I’m very embarrassed because I was not expecting this to happen. Somebody came and took the ballot paper and the ministry could not do anything.

“Everybody saw what happened today and I believe that the ministry will do the right things, ” he said.

Michael Akande, said about 17 to 19 athletes voted for the technical representative when Paul Ogbodo an athlete with the Chika Chukwumerije Foundation (CCF) came to carry the ballot box and flee.

“He tore the electoral papers that the official were using for the election and then carried the ballot box and fled with it. We all know him, he came with some people to stop the election exercise.

”We finished the registration and the technical election was ongoing. They said they went to ease themselves and that was the reason why they came late and they wanted to vote.

They were about five in numbers, Ogbodo and his friend came to impede the election, they said that they want to registered and cast they vote.

“We all started shouting that registration had closed, the electoral officers was even trying to consider them, he first tore the papers and fled with the ballot paper,” he said.

According to him , Takewondo is a martial art of discipline which we all know.

“The electoral committee could not continue with the election because they were scared and they all left.

“I will suggest that electoral committee should count the number of people that voted and declare the winner because about 17 to 19 athletes voted out of 22 states that were represented,” he said