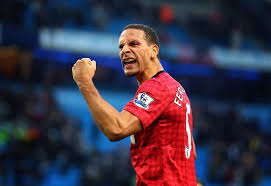 FERDINAND EXPLAINS WHY IGHALO IS BETTER THAN MARTIAL

Editor March 7, 2020 News, Sports Comments Off on FERDINAND EXPLAINS WHY IGHALO IS BETTER THAN MARTIAL 880 Views

Manchester United legend, Rio Ferdinand has disclosed that Anthony Martial and Marcus Rashford do not have what new sign on Odion Ighalo has to offer the Red Devils.

Ferdinand said he is impressed by how well Ighalo holds up play upfront, brings other players into play, and deploys his huge presence to maximum effect in the opposition area.

The former England international is sure no other United forward – not even Martial or Rashford offer the same effect.

He said he had initial doubts with the signing of the Nigerian, but he now understands better what the on-loan striker adds to the Red United.

‘People and myself included were probably thinking Odion Ighalo, where does he fit into all of this?’ said Ferdinand.

‘If you have an opportunity to sign a player at the beginning of the January window, he is not the guy you are going to sign, but what he does bring is a point.

‘A point where they can focus and play into him from the midfield. He offers the platform to run off. Marcus Rashford and Anthony Martial want the ball in behind and not to bring people in.

Said he : ‘When the ball gets played into him, if Rashford or Martial were there, they wouldn’t have made themselves available like that.

‘To be there first is great considering the pressure he is under. He’s in the centre of goal, and he’s a physical presence. That’s what he adds to this team,’ Ferdinand concluded.

Ighalo grabbed a brace against Derby in an FA Cup tie at the Pride Park on Thursday night to make it three goals in just two starts for the Old Trafford giants.