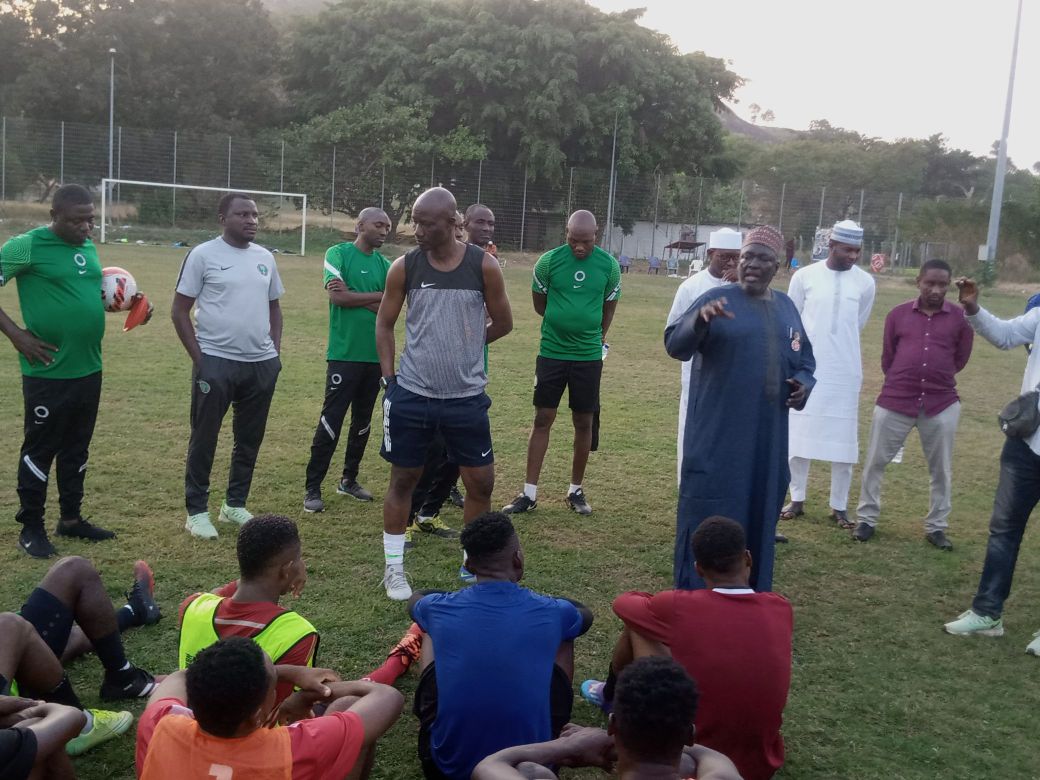 Fire On The Mountain As NFF Big Wig Battle For Technical Committee Position.

The intrigues for Who will be the next Chairman of the exalted NFF Techical Committee in place of the  Ahmed Yusuf ‘Fresh’?

Headship of the NFF Technical Think-Tank affords one the chance to travel the world on the ticket of the NFF.

The Chairman also influences the appointment of the coaches of the various National Teams as well as their technical crews.

Our sources has it is on record that a former Technical Committee Chairman pocketed as much as 10 Million Naira to appoint a young coach as third assistant with the Golden Eaglets not long ago.

The contenders for the juicy position so far include and not limited to 1st Vice President Felix Anyansi-Agwu, who previously held this position; Chairman of the Task Force for age-group teams Aminu ‘Dan Arewa’ Kurfi  Sharif Inuwa Ahlan, Kano State FA Chairman; and Rivers FA boss Chris Green, who made the post very glamourous.

If the NFF abide by the Statutes, only NFF Executive Committee Members can aspire to this Chairmanship and in that case only Anyansi and Ahlan are eligible.

But it is politics and a power base like Kurfi, who was a Member of the Committee in the last dispensation, cannot be completely ruled out.

He has already positioned himself very well as Chairman of the Task Force for the age-group teams, doling out cash as well as support to the various teams.

Green made his name as NFF Technical Committee Chairman under the President Aminu Maigari administration.

In his time, the Super Eagles won a third AFCON in South Africa in 2013 as the NFF led by Maigari bagged more than a dozen major international laurels to make it one of the most successful on the football pitch.

He has not hurt his ambitions after he guided Rivers United to a first-ever NPFL crown last season as well as qualify them to the group stage of the CAF Confederation Cup.

So, who can match his record?

Ahlan, on the other hand, is still smarting from being removed as Chairman of the Referees  Appointment Committee and even though he has never been known as football technocrat, he will be happy again with his close friend and ally President Ibrahim Gusau our sources revealed.