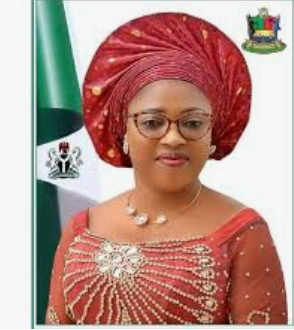 By  Olayinka Elebute
Bayelsa State First Lady, Gloria Diri has urged the state female team Bayelsa Queens to go ahead and win the 2020/21 Female Aiteo Cup when they meet Lagos State side FC Robo in the final on  Sunday in Benin.
The Bayelsa State First Lady said this when she visited the Gloryland Girls in training as they intensified preparations in their quest to clinch the women’s Aiteo Cup.
She said she would have loved to be in Benin to cheer them to victory. But official duty would not allow her but assured that she will be be with them in spirit and await the trophy.
Chairman of Bayelsa Queens, Apreala Robin Angonimi thanked the Bayelsa First Lady for finding it necessary to visit the girls and assured that they would put in their best to deliver the trophy on Sunday.
Permanent Secretary Ministry of Youth and Sports Mightyman Aye Dikuro thanked the Senator Douye Diri-led Prosperity administration for the massive support given to both Bayelsa Queens and United for the run towards the Finals of the Aiteo Cup. 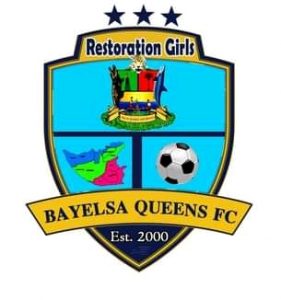 The brief ceremony held at the Samson Siasia Stadium had the full Board Members of Bayelsa Queens and Vice Chairman of Bayelsa State Football Association Fubara Owunaro and other stakeholders in attendance.
Also speaking on the Aiteo Cup finals, the state deputy governor, Lawrence Ewhrudjakpo praised both Bayelsa United and Bayelsa Queens ahead of this year’s Aiteo Cup final.
He noted that the government was proud of the display of both clubs in the 2021 Aiteo Cup were both sides will be playing in the final on Sunday against Fc Robo and Nasarawa United, stating that he was optimistic that the two state own clubs would return home with the trophy.
Share