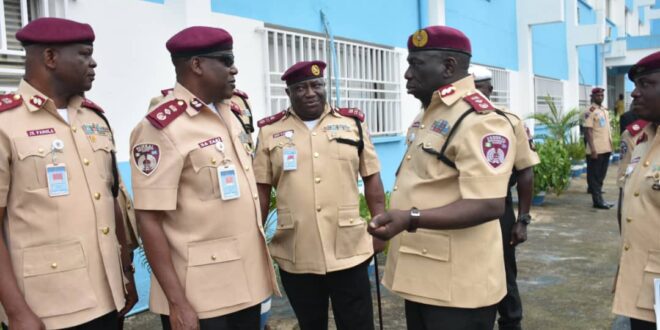 In his quest to make the highways safer for all road users, the Acting Corps Marshal, Federal Road Safety Corps, Dauda Ali Biu has said that the Corps is currently restrategising to boost its operational activities through the deployment of adequate operational equipments and personnel to effectively mann traffic and crash prone areas nationwide.

According to him, the deployment will include injecting new fleet of vehicles into the operational front, fixing of grounded vehicles that are presently impacting negatively on the general operations of the Corps, and tackle fuel inadequacies for patrol, rescue and administrative fleet of the Corps among others.

The new fleet which include ambulances for rescue services, light and heavy tow trucks for prompt removal of obstructions, and administrative and patrol vehicles will be commissioned for full operations very soon.

He thanked President Muhammadu Buhari for his support and commitment to the realisation of a safer motoring environment in Nigeria and also expressed his gratitude to the Secretary to the Government of the Federation for his usual support.