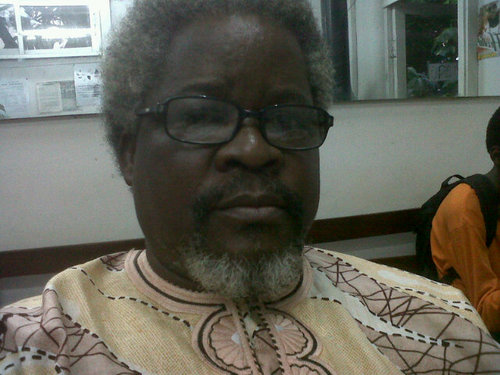 Immediate past Press Secretary in the palace of the Ooni of Ife, High Chief Funmilola Olorunnisola, 66, has passed on after a brief illness.

Moses Olafare, the Director, Media and Public Affairs, Ooni’s Palace, disclosed this in a statement he released to newsmen on Tuesday in Ile-Ife, Osun State.

According to Olafare, the veteran journalist served under the late Ooni Okunade Sijuwade (Olubuse II) for 30 years: 1985 to 2015.

It said that the late Olorunnisola died at about 5am on Tuesday in his Ile-Ife residence shortly after complaining of a chest pain.

The deceased, who was the traditional prime minister and Obarisa of Odogbo Ijesa, was a seasoned journalist, a media practitioner and PR manager with a recorded professional excellence.

Olafare in the statement said late Olorunnisola until his death, “remained a very influential personality in the inner recess of Ife Royal Court, as a close aide to Ooni Adeyeye Enitan Ogunwusi, Ojaja II”.

According to the statement, Ooni Ogunwusi described him as a great personality, a rare gem, a disciplined gentleman and a core loyalist who dedicated himself to the service of Oonirisa with absolute humility and deep passion.

Ooni Ogunwusi said: “Too bad, his death is, indeed, an untimely death. We will greatly miss him. He was appointed 31 years ago by my predecessor, Ooni Okunade Sijuwade Olubuse ( II).

“I subsequently upon my enthronement found him very resourceful and I retained him as a special tourism adviser. Though, he retired after 30years of meritorious service to this palace but, obviously, not tired.

“He was a very disciplined gentleman, very loyal to the throne, very humble and always ready to carry out assignments given to him without any hesitation. May his gentle soul rest in perfect peace and may the Almighty God continue to be with the family he left behind.”

The deceased, born in 1950 to the family of Chief Samuel Onifade Olorunnisola of Odogbo, Ijebu-Jesa, spent 11years at the Broadcasting Corporation of Oyo State (BCOS) Ibadan.

He rose to the position of Controller of News before he was appointed in 1983 as the Chief Press Secretary to the then governor of Kwara state, Chief C. O. Adebayo.

He became the Press Secretary to the late Ooni Okunade Sijuwade Olubuse II in 1985 and served the palace for 30 years.
Former Governor Olagunsoye Oyinlola of Osun State also appointed the late Olorunnisola as the Chairman of the state’s Culture and Tourism Board, the position he held for eight years.

It added that his remains had since been deposited at the Obafemi Awolowo University Teaching Hospital mortuary, Ile-Ife, while burial activities would be announced later by the family.

Nigeria's most authoritative online newspaper with a deep reach for the Defence of the truth at all times.
Previous Ambode donates N5m to widows of fallen heroes
Next FIFA opens ethics case against Nigeria’s Amos Adamu