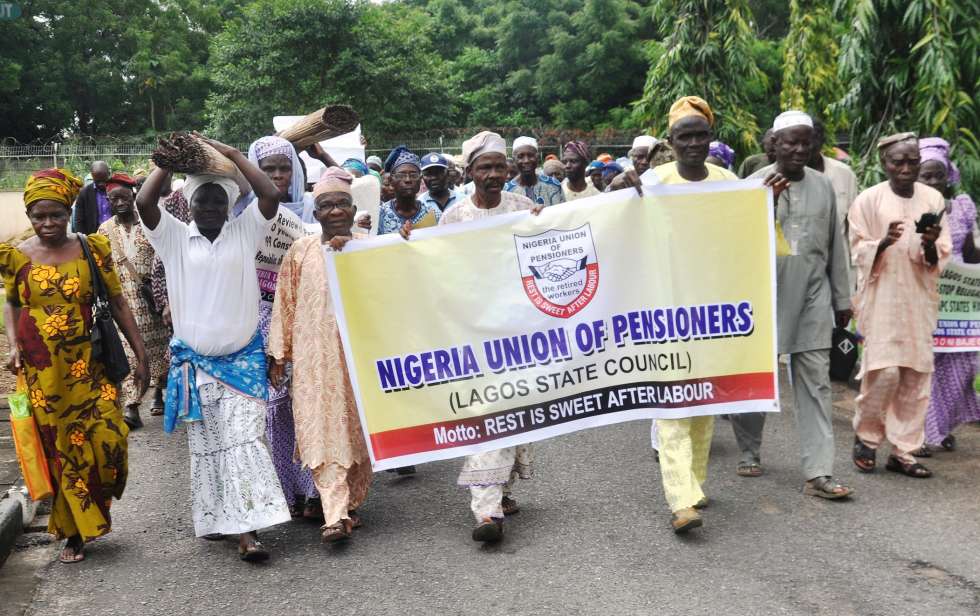 Nigeria Union of Pensioners (NUP) has called on President Muhammadu Buhari to go after those accused of diverting  billions of Naira meant for the payment of pension and gratuities to retirees in the country.

The President of the National Union of Pensioners, Dr. Abel Afolayan, said that pensioners were the most affected by the scourge of corruption in the country.

He said that the Federal Government had demonstrated a seeming lack of capacity to go after those who diverted billions of pension funds to private use.

Afolayan made the comment while speaking at the 15th edition of the Pensioners Day Celebrations in Abuja on Monday.

He recalled that a former Chairman of the Pension Reform Task Team (PRTT), Mr. Abdularasheed Maina, and a former Head of Service of the Federation were accused of tampering with the pension funds and urged the President to ensure that the funds were recovered and put into appropriate use.

He said, “the pensioners are the worst affected by the issues of corruption in Nigeria. Billions of Naira of our money have been stolen. There is one Abdulrasheed Maina who was accused of diverting billions and billions of pension money and he is nowhere to be found. And government seems incapable of fishing him out so that he can return what he has allegedly stolen.

“There is also a former Head of Service, I can’t mention the name here because the matter is in court. If they can prevail on the pension thieves to refund the money, they will be able to pay our pension and gratuities.

“I call on the President to go after those who stole the pension money wherever they are, whether in Dubai or Latin America, so that they could cough up the money which could be used to pay pension and gratuities.”

According to him, governors who receive between N200m to N500m as security votes do not care about the fate of pensioners and are diverting billions of naira provided for them as bailout to other uses.

Afolayan commended the Senate for taking a decision to probe how much of the bailout was spent on the payment of salaries, pension and gratuities in the various states across the federation.

He urged the federal and state governments to take advantage of the new windfall from the refund from the excess deduction from the Paris Club loan to pay pension and gratuities.

The NUP leader also urged the government to come up with a mechanism to prevent governors from diverting the funds through bogus capital projects.

Afolayan called on pensioners to ensure that funds accruable to each state from the Parish Club money were monitored.

He lamented that “there were many pensioners today who were bio-metrically verified, captured and enrolled between June and July 2010, and issued dud cheques which they could not cash till today.”

Nigeria's most authoritative online newspaper with a deep reach for the Defence of the truth at all times.
Previous Yoruba elders demand review of revenue allocation formula
Next Super Falcons: Don’t cease the protest – Stella Mbachu