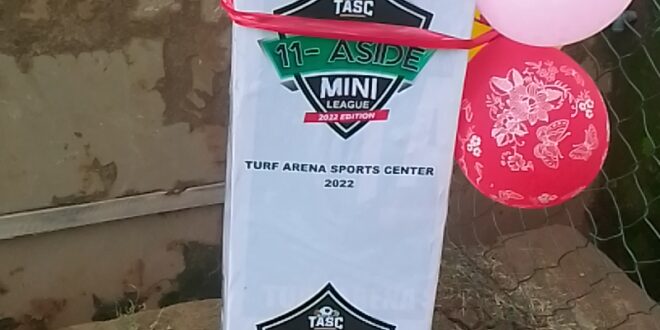 HB Academy defeated their rival Olympic Hybrid 3-1 on a penalty to emerge winner of the 2022 edition of Turf Arena 11-Aside League.

The battle between the two Team was full of entertainment, and intrigue as the two finalists displayed their skills to the fullest.

Both teams could not find the back of net at the 90 minutes of the final as the game went to a penalty shootout but the goalkeeper of Olympic hybrid went on to save two penalties as the HB Academy emerged the winner 3-1 after the penalty.

The 12-team league competition is the brainchild of Turf Arena Sports Centre owner Mr. Mohammed Kamal-deen whose full-sized pitch has been a “Holy Grail” for a good number of grassroots matches in the city and also the league venue for all the matches played this season.

Earlier in the third-place game played, the pride FC also showed its supremacy over Turf Arena academy 5-3 on penalties after the game ended 1-1 at the end of the 90 minutes to emerge the winner.

Speaking shortly after the match HB Academy coach Daniel Itodo expressed happiness and promised to leave no stone unturned to ensure the club did not relent in discovering more talent for the country.

“Our team is full of quality and talented players, we even have foreigners in our team, and we want to build a solid number one academy in the country, Africa, and in the world