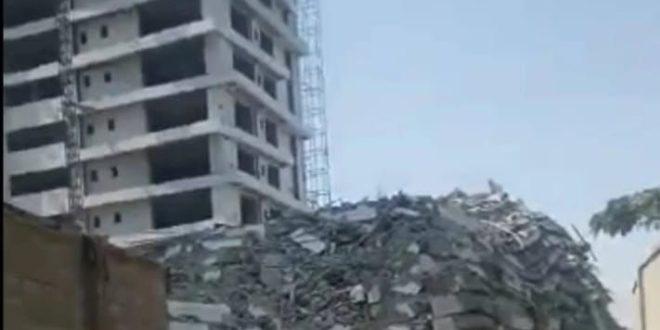 The Ministry of Humanitarian Affairs, Disaster Management and Social Development has directed the mobilization of immediate emergency response towards rescue operations at the site of the 21-storey building which collapsed on Monday in Lagos while still under construction.

She sympathized with the people and government of Lagos state over the tragic incident and immediately mobilized the
NEMA Team from the Lagos Territorial Office to assist with the rescue operations at the site.

“This is tragic. I sympathize with the Lagos state government and families of people still trapped inside the rubble.

“We have mobilized immediate rescue operations through the NEMA Team from the Lagos Territorial Office to team up with the state SEMA.

“NEMA has also facilitated mobilisation of response involving heavy duty equipment for rescue operations and security for crowd control.
“We pray that through the rescue operatives still on ground at the site, many of those trapped will be rescued”.

Many are still feared trapped in the rubble of the collapsed 21 storey building.