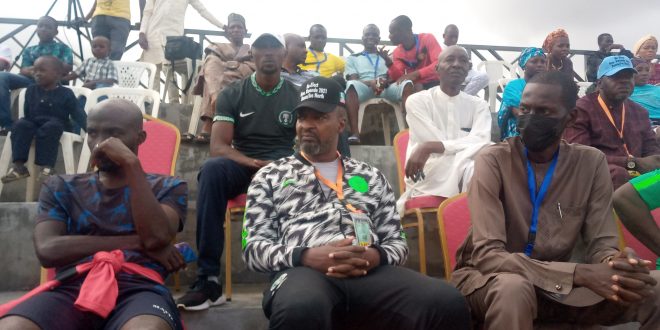 I Am Excited We Now Have A League… Hon.Kwande

Speaking on the final phase of the inaugural Nigeria Beach Soccer League tag the “SUPER 4” the former Chairman of the NFF Beach Soccer Committee said facility has shown that Beach Soccer has come to stay in Nigeria.

Excited, former member of the House of Representative said. “We are going to have a national team I am impressed with what I am seeing, President of African Beach Soccer Mahmud Hadejia, has assured me they are going to pick the best out of the tournament so we can see if we are going to have a formidable national team from here. I am very proud that we  are having a league in my time and I must say Kudos to Mahmud and his secretary Taiye Olajide for their never tired drive to see that Beach Soccer grow in the country”he said.