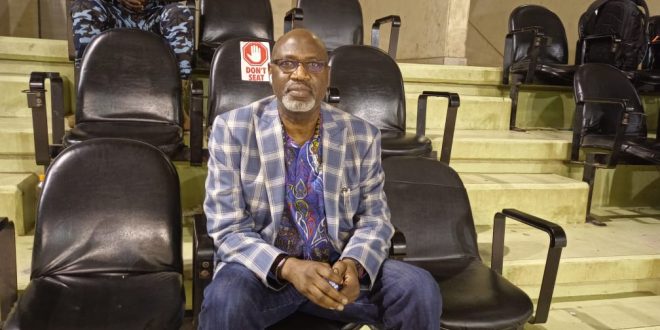 Editor1 September 30, 2021 Sports Comments Off on I Can’t Hinder The Growth Of Basketball In Nigeria… Musa kida 152 Views

……Nigeria Basketball is bigger than Any Individual

Chairman Caretaker Committee of Nigeria Basketball Federation NBBF Engr. Musa Kida has clearly state  the fact that the  game of basketball in Nigeria is bigger than any individual, he made these known when he spoke with journalist shortly after the reconciliation meeting of the basketball stakeholders between the aggrieved members of the federation.

Engr. Kida who further opened up on the  NBBF  constitution that is  approved by the FIBA and only thing that can change it is Congress, which is ultimate body of NBBF

Speaking in Abuja on Wednesday after the major stakeholders meeting with the Minister of Youth and Sports Development in his office.

Kida said that survival of basketball supercedes any personal interest of any individuals.

According to him, this meeting was called at the instance of the Honourable Minister to get the various stakeholders on the same table to find ways for Basketball to have a rancor free elections and more importantly for him, and to assure the development of game in Nigeria.

Speaking further, Kida said “The result of it has been that there is a contention of whether the constitution would be used or not, based on the advice that the Honourable Minister has gotten from the NOC and and his legal team which he agreed to” .

“The constitution of NBBF is an approved constitution by FIBA, and it has been read at the floor of the congress, the federation has a. constitution, that is going to be the major document going forward.

“It was also recommended that there are some parties who showed some worried over certain issues in the constitution and the Ministry believed this can be corrected on time we also  agreed that the congress of federation which is only approving body.”

“Everyone was told to lodge whatever they believed is their complain, and there will be a 21 days of consultations and that will allow the NBBF congress to come and deliberate on those clauses, after which the federation elections will then be organized.

With this every everyone will have a part to play  in the development of the game in the country”.

That is my interest as Musa Kida and the Chairman Caretaker Committee of the NBBF ” he reiterated.