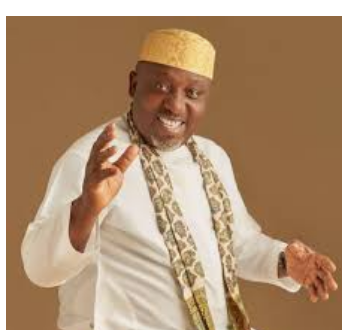 I Have Never Received Salary As Senator—Okorocha

Editor1 September 21, 2021 News Comments Off on I Have Never Received Salary As Senator—Okorocha 150 Views

Former Governor and Senator representing Imo West, Chief Rochas Okorocha, has disclosed that he had never received a dime as salary from the National Assembly, since becoming a Senator, over two years ago.

This was, even as, the Philanthropist said he didn’t draw salaries from the coffers of Imo State Government for the eight years he spent as Governor.

Okorocha, while interacting with members of Nigeria Union of Journalists (NUJ), FCT Council in Abuja on Monday, also denied knowledge of how much in particular, a Senator receives as basic salary or allowances every month.

The lawmaker was at the NUJ for conversation with Abuja Journalists, as part of activities lining up for his 59th birthday anniversary, coming up on the 22nd September, 2021.

According to him, the Management of the National Assembly had his express approval from the beginning of his tenure as Senator, to channel his monthly salaries and other allowances into charity, which he said was initially objected to, by the Management.

“I have never received salary as a Senator. Even as a Governor of Imo State, I didn’t draw a penny for the years I spent. I hate public funds. One thing about public funds is that, if you don’t work for it, don’t collect it because it has spiritual implications”, Okorocha told the Journalists.

Speaking further on the basic salaries and allowances of Senators, Okorocha said, “I don’t know how much a Senator earns. But I think the basic salary is around N2m, but allowance is around N3m for housing, then transportation and other allowances put together to be around N10m or N11m, not too sure”.

Okorocha who has been clamouring for the reduction in the cost of governance by reducing the number of Senators to one for each State and three House of Representatives Members from each state, however, said the take home of the Senators was not that much, compared to their status and the cost of living.

“But truly speaking, can the N3m for housing allowance pay for the rent of a Senator? Except if you want them to go and live in Maraba and Nyanya.

“I have advocated that we reduce the numbers of Senators and Reps Members, but they said NO. So, if we must have these numbers of lawmakers in Nigeria, then we should be able to carter for their welfare also”, he added.

Okorocha, who spoke on wide issues of governance, unity and development of the country, also pointed that the judiciary must be strengthened, to compel citizens and leaders to be patriotic, as there lies the greatness of the Nigerian state.

Highlight of the event was the presentation of icon of humanitarian award to Senator Okorocha by the NUJ, as mark of his contributions to the emancipation of the Nigerian child through his foundation.