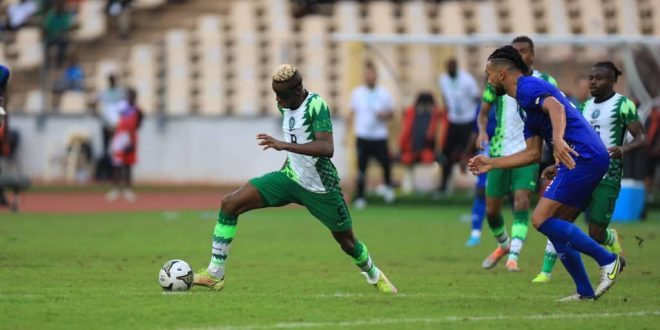 I love My Partnership With Osimhen—-Sadiq

The lanky forward while speaking with  in Abuja said it was a dream come through partnering (Osimhen) Victor, one of the top strikers in Europe.

Umar finished as the top scorer in the Spanish Segunda Liga with 18 goals for UD Almeria which earned his club promotion to the Spanish Liga.

“My partnership with Osimhen was great,” said Umar.

“Everyone love Victor here and I love him also. He is a top player, he has been showing it in Europe and you know all we need is just to keep helping and pushing him into the level he can.”

The Super Eagles are already in Agadir, Morocco were they will take on Sáo Tome and Principe in match day 2 of the 2023 African cup of national qualifiers later today.