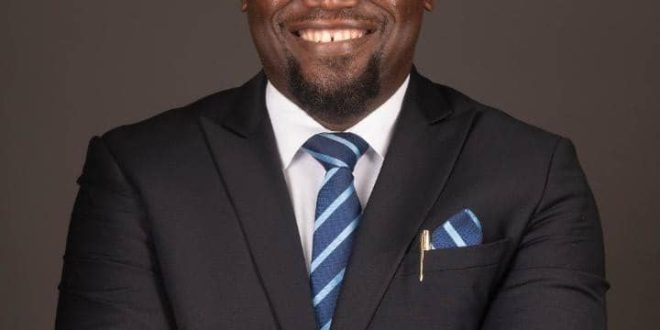 Editor1 January 19, 2022 Sports Comments Off on I Take Positives From Basketball…Ubon Udoh 21 Views

The Proprietor of HotCoal Sizzlers Basketball Club of Abuja, Ubon Udoh has explained his quest and hunger geared towards the all-round development of young persons, using Basketball as a tool.

Udoh stated this whole speaking with Journalists, at the sidelines of the ongoing Mark D Ball Women’s Tournament, holding in Abuja.

His relatively young team on Tuesday, fell just short of qualifying for the Quarterfinal phase of the competition.

The Hot Coal Sizzlers got eliminated, after injuries to two key players, in double overtime saw them lose their clash with MFM of Lagos 44-36.

According to Udoh, the positives imbibed from playing the game of Basketball has been key in making him successful in life, noting that his passion was to give back and transfer the qualities learnt from the slam and dunk game.

“I am a beneficiary of the positive things Basketball can do for a person. You can learn the tools to be successful in life by playing Basketball. Seriously; determination, hardwork, focus, discipline, standing out and being assertive. These are things you need to become a good Basketball player, and once you’re a good player, you can become a good and successful person in life, and be better positioned to add value to society.

He added that the virtues above are things he benefited while playing Basketball, and to repay the gesture he has resolved to do his best in transferring these qualities to kids and youngsters, using basketball as the platform.”Udoh stated.

He also thanked the Initiator of Mark D Ball, Igoche Mark for given his team the oppournity to rub shoulders with the big girls of Basketball in Nigeria.

It was the very first time his young team participated in a tournament of that magnitude, where the organisers paid every player and official of the 16 competing teams their appearance fees and daily allowances paid directly into their individual bank accounts.

Hot Coal had always been a dominant side in the local circuits like City Leagues, and other smaller competition. But Udoh said a lot of positives will be taken from their first competition against Premier League oppostions, and still gave a good account of themselves.

Despite bearing the tag of underdogs, HotCoal Sizzlers forced experienced MFM into double over time, after being tied at 32 points apiece at the end of the fourth quarter.

The MFM ladies, however survived the scare, by adding 12 more points to win the gruelling encounter 44-36 points.