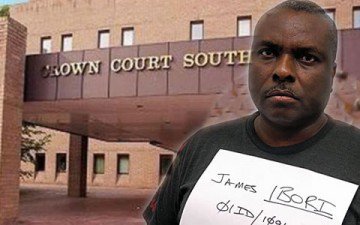 Ibori james...Just released from prison, to join AC or PDP?

The reader will probably face me and ask: “Lekan, what then is the problem of Nigeria?” my immediate answer to this is simply corruption. Not that corruption is not an issue in advanced countries, if not, the revelations in #PanamaPapers will not take been so sensational. The only difference here is that the Nigerian case is that corruption has tribal marks! I am aware some people may want to strongly disagree with me, but please come along with me.

Some days ago, I received the news, like most Nigerians, that former Governor of Delta state, Chief James Ibori, has been released from prison. This ordinarily would not have been serious news in that he would not be the first high profile politician to go to prison and be released. The news of “wild jubilations” in Delta state and many other places by his supporters, even in certain sections of the Nigerian media made the whole thing take a dramatic dimension. To even know that most of these same persons were the same people who took “strong exceptions” to ex-British Prime Minister, David Cameron’s, “fantastically corrupt” tag further makes the matter ironic. To those so-jubilating, Ibori is nothing but a man of the people. For them, Ibori is not corrupt, even though he pleaded guilty to corrupt charges in a London Court. To these ones, the politician is been persecuted because he is loved by his people. They seem to ask: “No be our money he steal wetin concern you na?” can you now see why I said corruption has tribal marks in Nigeria?

Ibori is a typical Nigerian politician who understands the psychology of human needs. His people will not mind him stealing so far he fills their stomachs with part of the loot. Like Chief Nanga in Chinua Achebe’s A Man of the People, all he needs to do is become visible in his community; buy traditional titles, build boreholes; employ some people in Oghara into government positions and become a hero.

Even though Achebe wrote the wonderful novel in the 1960s, much of its contents are still relevant today. We heard of election-winning programmes like Fayose’s Stomach Infrastructure. Can we see how stagnant we are as a nation in terms of moral values?

Being a smart Nigerian politician, Ibori will run to the same people he looted dry to defend him in time of trouble. He will bring up the ethnic card. He will create a “us-versus-them” siege mentality of “they hate us that is why they are after me”. What else can you tell a man or woman who manages to get his bit of the “national cake” from politicians like Ibori? How do you want to preach to a people who roll out drums to sing and praise a corrupt former governor that he loots their state and that he is only spending crumbs on them? These ones will rather fight and die to defend “our son” that hear that he is corrupt. His village chiefs will welcome him back with both arms and award him the highest title in the land!

This happens to be the bitter truth in our country today. Ethnicity is only used as a tool, first by the colonial masters and later the post-colonial leaders, to divide the masses and permanently becloud their sense of reasoning so as to continue to divert their attentions away from the real issues. The Ibori’s case proves this just right. Corruption now has a tribal mark!

Olalekan Adigun is a political analyst and independent political strategist for wide range of individuals, organisations and campaigns. He is based in Lagos, Nigeria. Email: olalekan@olalekanadigun.com, adgorwell@gmail.com Follow me on Twitter @adgorwell

Nigeria's most authoritative online newspaper with a deep reach for the Defence of the truth at all times.
Previous Return our money to us, FIFA demands from NFF
Next Pinnick failed woefully, will crash Nigerian football in 2017 if – Onigbinde