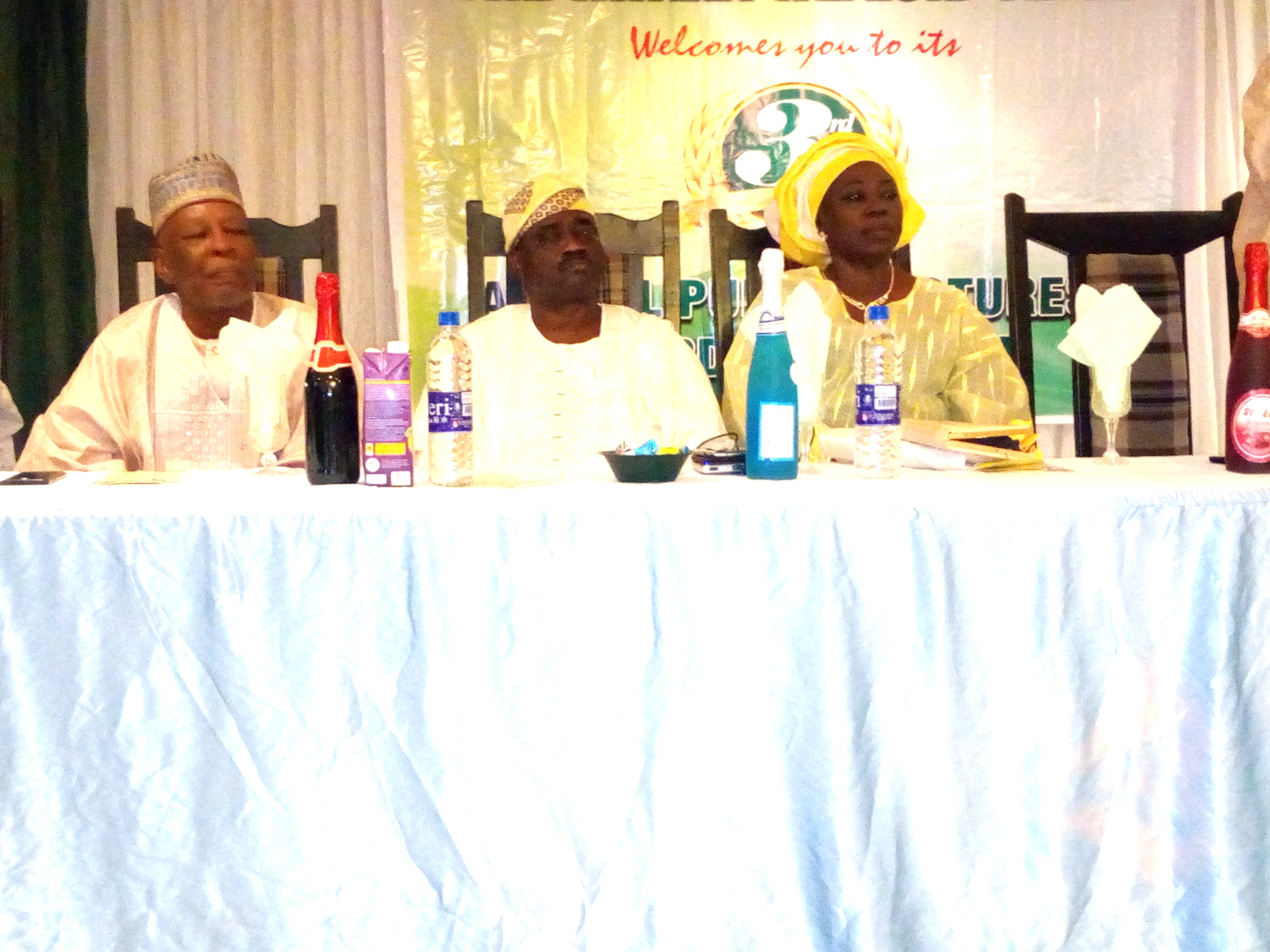 If we desire change of our state’s fate, face the election port – Kwara elites

GongNews December 31, 2016 Community, Featured Comments Off on If we desire change of our state’s fate, face the election port – Kwara elites 895 Views

*As Jamiu the blind drummer, seeks help to live well

Poverty in Kwara, lack of development, retrogression from leadership within the comity of states in Nigeria took the centre stage at the third annual award ceremony of the Kwara Tabloid when the elites of the state agreed that to change this backward trend will require mobilisation of the people to use the ballot in the next election in 2019.

The well packaged and well attended event drew the crème de la crème across the boundaries of human endeavour. The long list of eminent persons who attended the event is a testimony of hardwork and creativity.

Former Osun and Bauchi state Military Administrator, Colonel Theophilus Bamigboye (Rtd) who was chairman of the occasion coordinated the affairs so masterfully. The chairlady was Hajia Kasumu.

think we need about 12 corrupt persons who should be caught and shot dead. Corrupt persons are worse than robbers. Corruption is one function that is killing this nation. We must kill corruption or it kills us.”

Alhaji Raheem Adedoyin’s recommendation is that everybody know what is wrong with our state,  every person must work towards effecting a change through electoral process in 2019.  Get prepared to making changes from the electoral process. Complaining in social media or private sessions won’t change anything. People must rise to play their civic roles.”

Alhaji Lanre Issa-Olunilu in his contribution said “we should find some interpretation from Mr Tunde Bakare’s activities. There is a bird flying around. Some see a bird with one wing but some see a bird with two wings. We can identify other wings beyond the one which has not taken us too far. Tunde Bakare has done novel for the message he is sending to us. I genuinely commend his efforts. No empire lasts for ever.”

Dele Ogunbayo in his own words said “Tunde Bakare dwarfs the kind of love I used to think I have for our state. The capacity we have in this state is immeasurable. We are always thinking how to move our state forward and faster than where we are. It is doable if we decide to work together.”

“There is a practicality we need to bring on what needs to be done. We are an emotive people. We have voted for a government and before long regretted it because we did not ingrain the decision before we took the decision. We need to develop systems. By 2019, we have the room to change things. ”

Barrister Kunle Sulaiman, who was the pioneer Peoples Democratic Party (PDP) chairman in the state said, “Tunde Bakare is too passionate about Kwara despite he is not rich, he stresses himself to make this kind of event possible as part of the development of our state.

“Issue of our state is like the plethora of pot holes that lines on all our roads in the state. It is no more about dodging potholes but the choice of which potholes to enter. If our political leadership drive round the town, they would have had a change of mind and do their jobs well.

“Look at the poverty reduction strategy of government.  In other nations, sports is used to remove youths from crime. Here, the reverse is the situation. Our orientation must change. Sports is an area people can build a career like entertainment, music etc not all of us must not go to school. Many of those who went to school are today unemployed. Kwara State government should put to proper use the Ajase-Ipo vocational centre. I am happy when they claimed they had finished it. Please, tell them to revive the Patigi craft school.  Our youths should pivot our industrial development from these schools.  Keke NAPEP is not empowerment. Vocational education will help our people.

Prof Danfulani the former Director General of the NIPSS Kuru said, “I belong to the family of wailers. I want to talk to people in my generation 65 down. The gourd of water we have given our politicians has broken. I have left Ilorin 52 years ago and nothing changed.

“Things are not appropriately working here.  There is no development in Kwara. See our world.  Our political leadership should have mercy on the people. There is poverty, pain, anguish, frustration on our people.”

Jamiu Issa the blind drummer: At the event, the story of a blind young man, Jamiu Issa, who in 2004 in Ilupeju of Ifelodun LGA, had an encounter with two Fulani herdsmen who plucked his eyes and he became blind since.
The medical bill was paid by the then first family. He was also given a job but abandoned to his fate. The Kwara Tabloid championed his case leading to Mr Shola Idiagbon who paid for his flat to up his living standards. Mohammed Sanni and Mrs Shewa Adeyemi were named to have variously supported the efforts. Cash donations were made to support him.

He performed at the event. As he struck the drum, it was interpreted in a clear manner that made so much sense and content to the listeners who appreciates his dexterity.

At a point, he used the drum to start praying in a manner that was so clear and distinct to the audience.

Others included Hon Illyasu, Yomi Adeboye Editor of the rebranded The Herald newspaper was also there like Dr Oba Abdulkadri Laaro.  Kasali Lasisi former African and Commonwealth Table Tennis champion was also present amongst others.

Nigeria's most authoritative online newspaper with a deep reach for the Defence of the truth at all times.
Previous Kogi state on the verge of losing star coaches, athletes
Next Invest more in unity, stability of Nigeria -Buhari