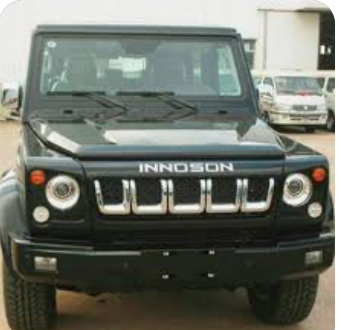 In its quest to showcase what good can come out of Nigeria, Innoson Motor the indigenous motor manufacturer has produced the first batch of vehicles manufactured for the government of Sierra Leone by the company Innoson Vehicle Manufacturing Ltd. (IVM) which has been delivered to the West African country by the Nnewi-based indigenous car maker.

The vehicles, which arrived in Freetown on November 21, 2022, were built to order by Sierra Leone’s Ministry of Defence, the request for the made-in-Nigeria vehicles was made during a working visit to Innoson Vehicles by the top hierarchy of the Sierra Leone Defence Ministry led by Mr. Edward Soloku,  Minister of Internal Affairs, as well as the Sierra Leone Road Transport Corporation, SLRTC, led by its President, Mr. Isaac Ken-Green.

According to Head of Corporate Communications, Innoson Group, Cornel Osigwe, said in a statement made available to Gongnews.net, that various models of vehicles bought within that dispensation were for the present administration. 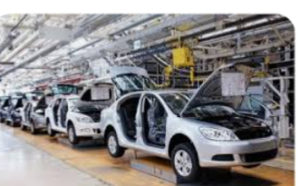 Speaking further, Osigwe explained that subsequently, the government of Sierra Leone, led by President Julius Maada Bio, placed an order for the manufacturing of Innoson vehicles valued at $4.7 million for the officers of the Republic of Sierra Leone Armed Forces, RSLAF. The first set of vehicles supplied from Nigeria to Sierra Leone left on Monday from Queen Elizabeth 2 Port (Sierra Leone’s seaport, “Water Quay”) in Free Town for distribution to military officers across the country.

In their reaction the people of Sierra Leone have been commending their president, Julius Maada Bio, for acting in line with the spirit of the continental agreement by opting for an African car maker IVM, brand of vehicles for the use of the country’s armed forces. In one of the many reports in the local media on the purchase of the made-in-Nigeria vehicles, a popular blog in Sierra Leone, Focus News Blog, hailed President Bio for believing that “our army officers deserve better.” The post, which showed a line-up of the IVM products from Nigeria, informed Sierra Leoneans that the vehicles would soon be “ready for distribution to military officers across the country” by the government.

Innoson Group has penetrated the vehicle market over the years. It is currently serving as one of the few wholly African car assemblers. One of the effusive commendations for President Bio by a Sierra Leonean, Francis Ken Samu, remarked, “We are on top of the situation in times of security.  Congratulations, Mr. President Bio! Keep the military colour flag flying higher than ever before in Sierra Leone’s history. God bless you, HE President Bio, for equipping the RSLAF.” This development is indeed a step towards the acceleration of intra-African trade, as facilitated by the implementation of the African Continental Free Trade Area (AfCTA).

With the arrival of the Innoson vehicles in Free Town, Sierra Leone has become the first country in West Africa whose armed forces are using the IVM products outside Nigeria.

It will be recalled that four years ago, the Nigerian Army signed a partnership agreement with the Nnewi auto company for the supply of purpose-built vehicles for its personnel. 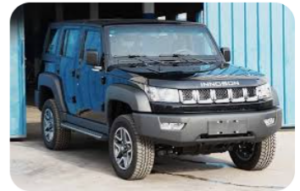 The agreement also includes identifying requirements for the production of the armoured fighting vehicle in the Nigerian Army Central Workshop in Kaduna and enhancing the capacity of Nigerian Army personnel to actively participate in the successful implementation of these joint ventures  The export of Innoson is coming two years after President Muhammadu Buhari signed the AfCFTA agreement in July, 2019.