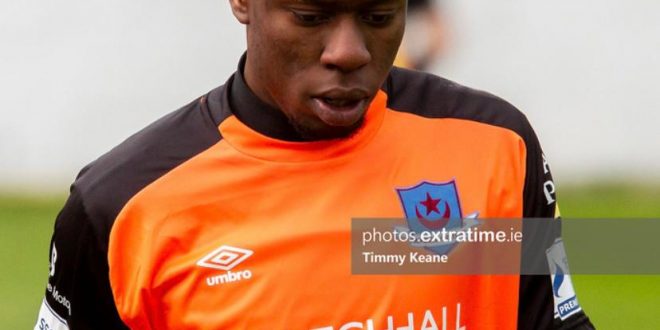 I Want To Be In Goal For Nigeria Odumosu

Editor1 June 2, 2021 Sports Comments Off on I Want To Be In Goal For Nigeria Odumosu 144 Views

Drogheda Fc,Ireland goalkeeper, David Odumosu has expressed his dreams of playing for Nigeria national U 23 team.
Odumosu born by Nigerian parents in a chat with Tribunesport via WhatsApp disclosed that he has always been dreaming of wearing the green white green colour of the country hence his decision to reject the offer to play for the Irish team.

The 20years old former Bay United fc and Glenmuir United Fc ,Ireland further said he will be delighted if given the opportunity to be in the squad in the nearest future.

According to him,”it has always been my dream to play for the national U 23 team .I have been nursing this dream ever since I am young boy because and I hope that the dream will come to reality one day”,he said.

The Irish U18 International 2019 call up added,”I know that many football stakeholders are not really familiar with Irish football but all I am asking is to be given an opportunity to showcase my talent and am not ready to play for Ireland but my fatherland”,the 6’2height said .

For now the goalkeeper who is a darling to many soccer loving people in Ireland remain focussed, determined and committed to his club. Adeagbo Biodun who is based in Ireland concludes”its just a matter of time, David is a good goalkeeper, am marvelled at his performance and why he is yet to be called up, was thinking he would be called for UNDER 21 but he’s above that now”