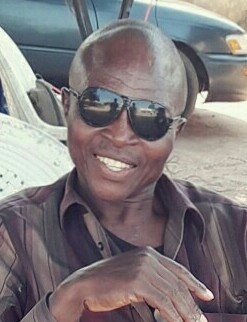 The President of JM Liberty Football Academy of Makurdi, Jeremiah Avungu has said the target of the Pro League side was for them to play in the premiership and also for the young and talented players who are playing for the team, to play for the best clubs in the world.
Avungu who made his position known in a chat with sports journalists on Friday, at the Academy’s playground in Apir, explained that, ” I had the passion for football and because of this, I thought it wise to develop these young ones, to play the game and I also want the whole world to know about JM Liberty Football Academy “.

The president stated that he has had the challenges of funding and managing the players but was happy that people were coming to offer their assistance to the team, adding that,” football is a business and so I am not intending to sell the team but if need be, I can offer shares to genuine stakeholders “.

He advised the players to be dedicated, committed, hardworking, focused, be patient and wait on the Lord for the right time.

Meanwhile, the club has appointed Terfa Alaghga as its media officer.

A statement by the president of the club, Jeremiah Avungu said the appointment is with immediate effect.

Avungu congratulated Alaghga for his well deserved appointment and said he should bring his wealth of experience to bear on the club.

Terfa Alaghga who is a reporter with The Voice Newspaper Makurdi, holds a Diploma in Mass Communication and a Bachelor of Arts Degree in English Language.