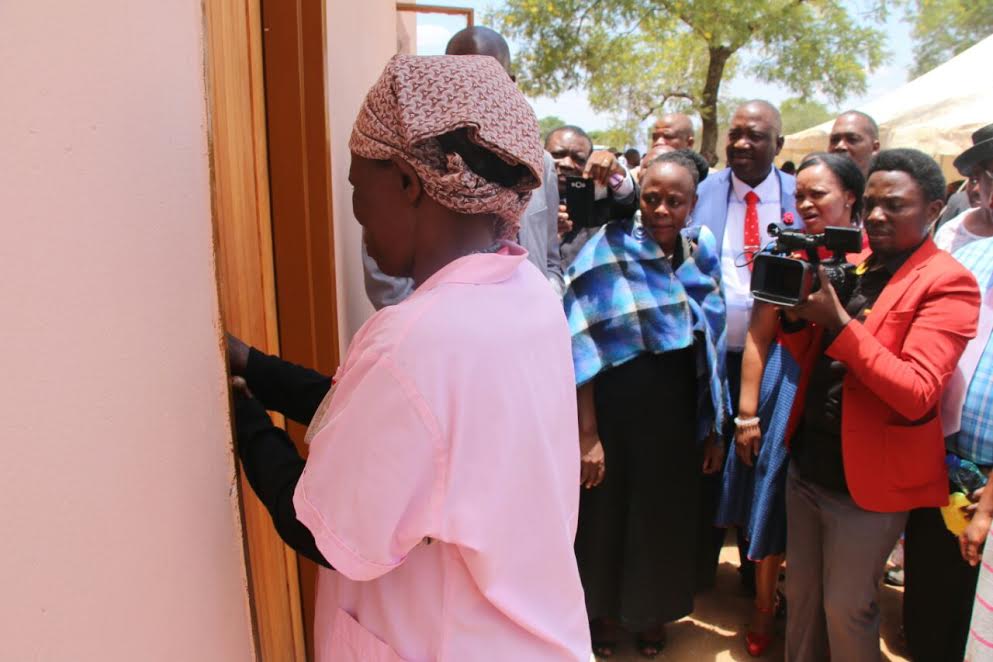 Courtesy of Pastor Iginla...taking her new possession with tears of joy

*Nobody has ever done this before – Govt official

Shepherd in charge of Champions Royal Assembly in Abuja, Brother Joshua Iginla, caused quite a stir in the nation of Botswana. Within hours, the news had spread like wild fire in the entire Southern Africa region. What did he do? He dashed an old destitute woman, Ms Moleofi Mokane, a brand newly built two bedroom apartment that is fully furnished. This happened in Botswana on Tuesday, 6th December 2016 when he came on a religious outreach programme.

Efforts by www.gongnews.net to have a one-on-one with the Nigerian philanthropic prophet was made difficult by his staff. The man of God who came to the tiny South African nation on a three-day apostolic invasion in the country was moved to tears when he heard of the pathetic situation of the destitute who lives under the tree alone.
We learnt she was squatting from one place to the other. However, the people she squatted with couldn’t accommodate her anymore because they too are suffering. Thus, she was forced to sleep under a tree. Infact, her condition was so terrible that her fingers and toes were chopped off and her children also deserted her, only one of her children still stays with her.

Consequently, Brother Iginla sought for, acquired land, paid for it and built the new two bedroom apartment that is well equipped with electricity, water, gas cooker and filled cylinder, Jacuzzi and water system toilet. The house is located at Mochudi.

His gesture caused a serious uproar in the country. The news took its own life and started running wild across the geographic boundaries of the nations in the region. The representatives of the President of Botswana, Lt. General Ian Khama (Rtd), ably represented by the Senior private secretary, Brigadier General George M Tlhalerwa (Rtd), could not hold it back. He came visiting the prophet.

He told www.gongnews.net “nobody has ever done such a thing in the nation of Botswana; not even Pastors within the country.
Also at the venue to grace the occasion, were the Chief of Protocol to the President of Botswana, Ms Kgosi Nthinane Tladi and the Nigerian High Commissioner to Botswana Mr Ademola Oladele. The presentation of the house which would ordinarily make the beneficiary believe more in God who took her from homelessness to a house owner, was also covered by the Botswana National Television.
The old woman was just too overwhelmed, as she burst into tears, thanking and praising God. She was emotion in motion. She still may not believe this happened to her.

The prophet left the South African nation in a midst of the biggest celebrity to have recently visited the tiny but sleepy nation. Though, there is a rich population of Nigerian professionals who live and work in Botswana, this gesture to many of them only underlined the uniqueness of our nation. They were full of praises for him and the gesture which is not just outstanding but unique in all ramifications.

Nigeria's most authoritative online newspaper with a deep reach for the Defence of the truth at all times.
Previous Afe Babalola Foundation gives N100,000 to 200 indigent Nigerians
Next Zakari Biu, boko haram prodigy, is Buhari’s new choice for EFCC 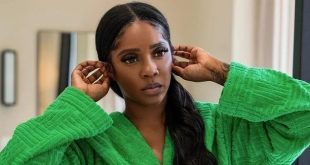