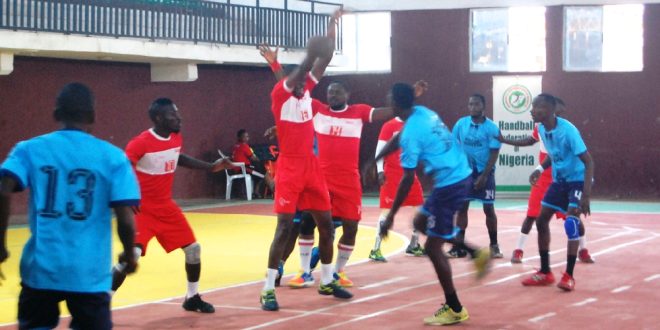 Kano Pillars are certainly deserving of the top spot of the league as they producing an inspiring performance to end the phase one of the Prudent Energy Handball Premier League 2022 on Thursday.

In other results in the men category, Rima Strikers ended the first phase on fifth position with 23 points as they defeated Owena Kings 36-24 while De Defenders had to dig deep to get a slim 25-24 win over Police Machine to finish 8th with 21 points.

Tojemarine ended the phase one on a winning note as they edged Benue Buffaloes 37-31 which puts them on 6th position with 22 points, one point higher than fellow Lagos team, Seasider Boys who are on 7th.

Safety Shooters are back to the second position after defeating Niger United 26-23.

In the women category had a perfect finish to the Phase 1 as they defeated Plateau Peacocks 32-28 which ensured that they won all their matches to top the league table with 27 points while Imo Grasshoppers and Bendel Dynamos played out a 21-21 draw.

Debutant Rima Queens finish the phase 1 on second position after they defeated Seasider Babes with an emphatic 32-18 victory while Defender Babes are third as they ended the first phase with style with a huge 40-26 victory over Adorable Angels of Ilorin.

The second phase and concluding instalment of the Prudent Energy Handball Premier League 2022 will hold in Lagos later in the year wherein the league winners will be crowned in both the Male and Female Categories respectively.