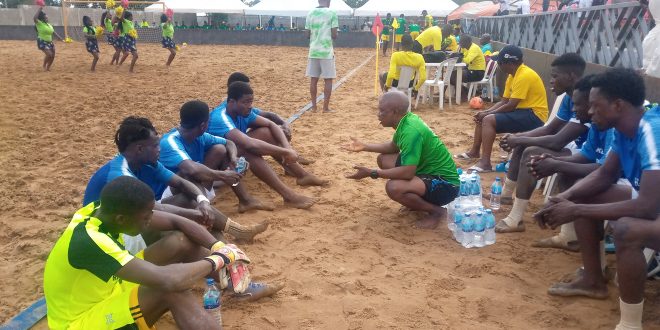 Azeez Lawal put  the harmony boys into the lead early in the first period before Captain fanstatic Hameed  start the coming back rout with the equalizer and these put his team into the lead.

Azeez Lawal did equalized for his team but Adams Taiwo got his brace before Emmanuel Okpe put the game  5-2 ahead in the game.

Peter Odebiyi thought his goal would  resurrect his team as he feeble shot beat Isa Arome in goal for the Kebbi Fishers but Hameed Kareem again found the back of the net to complete his hattrick of the game.

Previous Our Focus Is Winning Aiteo Cup…. Kpalukwu
Next I Am Excited We Now Have A League… Hon.Kwande