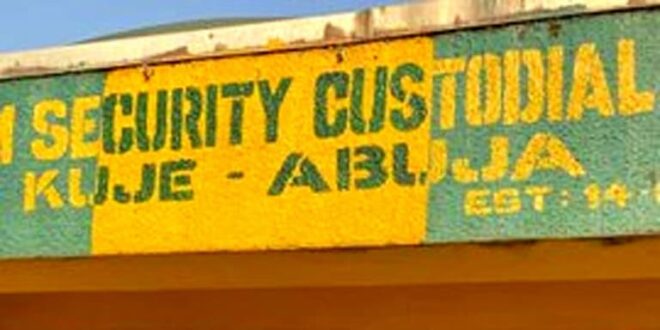 Facts are beginning to emerge that gunmen who detonated bombs two times and engaged in shooting at Kuje Custodial Centre late Tuesday are terrorists who came to release their colleagues in detention.

Though, the authority of the Nigeria Correctional Service (NCoS) is maintaining sealed lips, source disclosed that some terrorists who were detained in the facility were set free and went away with them.

Upon inquiries, the spokesperson for the NCoS, Umar Abubakar, confirmed that at about 2200hrs, some yet-to-be-identified gunmen attacked the Medium Security Custodial Centre, Kuje in the Federal Capital Territory, but could not confirm if terrorists and other inmates were released.

Residents of Kuje were in panic mood and couldn’t sleep through out the Tuesday’s night over the incident.

Prisons attack has been a recurrent incidence in Nigeria with attackers succeeding in setting inmates free.