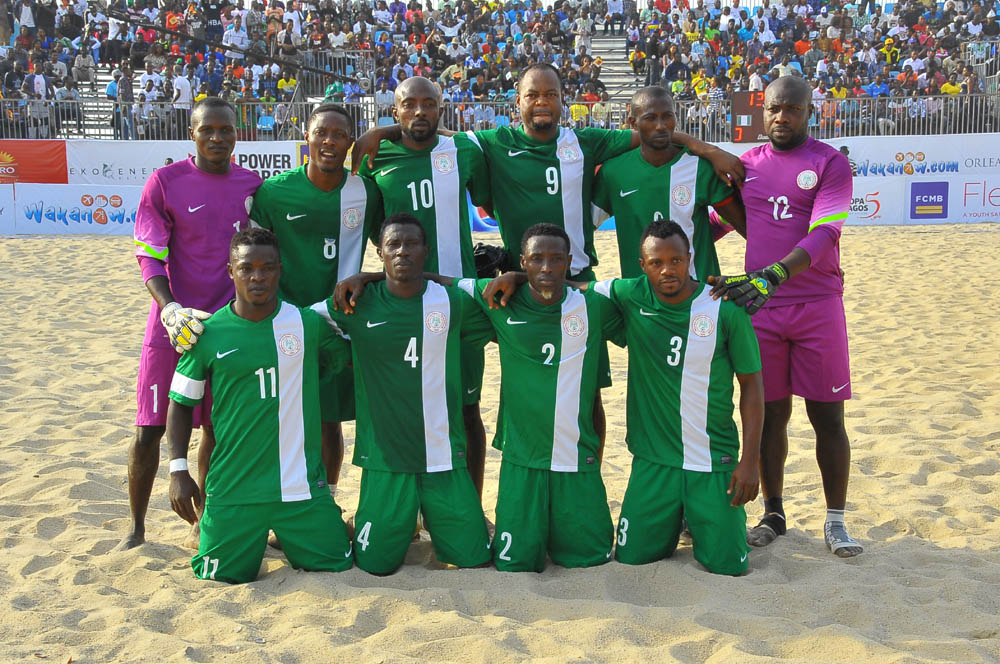 Chairman of the Nigeria Football Federation Beach Soccer Committee Hon. Sulieman Yahaya-Kwande, has added another feather to his growing profile in Beach Soccer has he was appointed to head the newly formed West Africa Beach Soccer Union (WABSU).

His appointments came on the heels of the tremendous success recorded in the just concluded CAF Beach Soccer Nation AFCON hosted in Lagos.

The experienced sports administrator is expected to bring to fore his rich expertise to the newly formed body on the West Africa sub-region and provide a working module that will drive the game of  Beach Soccer on the sub-region to every home and make the game more  popular.

It was also agreed that there should be an annual clubs tournament and national teams tournament aimed at improving the standard of the game in West Africa. Nigeria, Senegal, Ivory Coast and Ghana – unanimously voted that the union headquarters would be in Lagos.

The heads of these countries met officials of Beach Soccer Worldwide (BSWW) and the Confederation of African Football (CAF) in Lagos, during the Beach Soccer Nations Cup to table their plans for the West African sub region.

The meeting was also attended by Joan Cusco, FIFA Beach Soccer Board Member and Managing Director and Alex Soriano, Head of Sponsorship BSWW

The former Chairman of Mighty Jet Football Club od Jos will however be assisted by the following members of his committee.

Nigeria's most authoritative online newspaper with a deep reach for the Defence of the truth at all times.
Previous Toriola in Nairobi to train Kenyan table tennis stars
Next Female pastor in Police custody for allegedly selling 68 children